Why TEDxRVA is Wrong: Richmond doesn't need a "creative transformation." It's been transforming itself for decades. 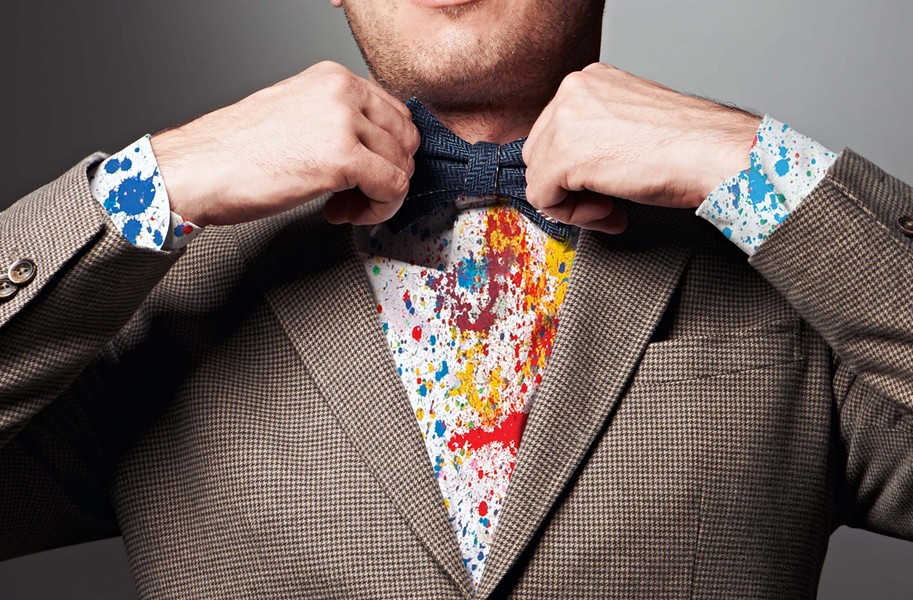 Is "creative transformation" going to be a powerful trend in this city?

Lisa Freiman thinks so. She brought an impressive résumé to Richmond last year as director of Virginia Commonwealth University's soon-to-be-built Institute of Contemporary Art, at Belvidere and Broad streets. She has her master's and doctorate in modern and contemporary art history from Emory University, served as assistant professor of art history at the University of Georgia, and for 11 years was senior curator of the Indianapolis Museum of Art contemporary art department. There, according to a VCU news release, Freiman "transformed the experience of contemporary art. … creating a dynamic and widely renowned contemporary art program that has become an influential model for encyclopedic museums."

Since arriving in Richmond, Freiman has discovered "a city of paradoxical opposites," as she told an audience of about 600 people TEDxRVA, a conference at the November Theatre in late March. To illustrate the point, she flashed pictures of Confederate re-enactors and slash rock band Gwar side by side. She called for a creative transformation.

Neither Freiman nor the Institute of Contemporary Art alone will transform Richmond creativity. But Richmond's artistic community anticipates that they will enhance and support a long tradition of rugged artistic individuals and enterprises that have fed this city's vibrant and unique creative spirit for more than 50 years.

As a 37-year resident personally involved in the local art and literary scenes, I can affirm that Richmond is, as Freiman said, a city of paradoxical cultural opposites. The dichotomy that once divided city culture now drives it. The booming arts, literary, music and even tattoo scenes, have established a provocative and sometimes tenuous acceptance within the old Southern genteel society that's astonishingly creative and anything but standard.

For more than half a century, many Richmonders have fought fearlessly against the conformity and standardization that Freiman assails. And while sometimes they may have failed in spectacular ways, there also have been times where they beat back orthodoxy and proudly succeeded. They've created Richmond's dynamic, do-it-yourself media landscape, with its independent radio stations, eclectic books and 'zines, bloggers, folk and film festivals, great bands and amazing artists, actors and writers. And they'll continue to provide fiercely autonomous, creative activities and performances in a flawed and paradoxical city that they can't help but love.

The Richmond music scene has an international reputation that accelerated with the punk and hardcore movement of the early 1980s. Such past performers as Dika Newlin, Titfield Thunderbolt, the Orthotonics, Awareness Art Ensemble, Single Bullet theory, Sunset Lou & the Fabulous Daturas, even the Degenerate Blind Boys and too many others to count redefined Richmond music. Modern performers such as Lamb of God, 804Noise and Meade Skelton continue that off-the-wall and unique tradition.

The tragic death of Gwar frontman Dave Brockie in March has focused national attention on one of the most boundary-stretching, dangerously creative and fun thrash bands ever to spew on a stage. The twice-Grammy-nominated Gwar was born kicking and screaming in Richmond and continued to proudly call this city home because of its unique and accommodating countercultural environment.

Since the 1960s, Richmond's dissident, alternative and underground print and art scene produced its own forms of advocacy journalism, graphics and creative writing unique from those offered by the establishment media. Richmond never was immune to the sweeping tide of print counterculturalism, thanks partly to the influence of the diverse artists and creators who entered Richmond Professional Institute's, now VCU's, world-renowned fine arts department, and a few journalistic entrepreneurs willing to thumb their noses at Richmond's well-heeled and entrenched aristocracy to find their own unobjective, sometimes outrageous voices. Two Pulitzer Prize-winners and an Emmy-holder got their start in the 1970s alternative press of Richmond.

These dissident Richmond creators frequently worked not in a sparkling, expensive new building but in basements, empty warehouses and furnace rooms with teams of volunteers and shoestring budgets. They presented themselves not only as dissenting but also as symbiotic and community-based, providing their audiences a shared sense of unity that was anything but typical.

And while it may be an overly simplistic view of the intents of these countercultural giants, virtually every band, blog, magazine, comic journal, photocopied handbill and fanzine appearing in this city from the 1960s to today owes its very existence to disdain for the status quo.

Perhaps after being in Richmond a few years, Freiman may knock back a PBR at the Village and realize that Richmond doesn't require a "creative transformation," which indicates that something needs changing, but just encouragement and support for the talented artistic inclinations of those individuals who've been toiling in the margins with almost no money, daring to fly in the face of routine and produce amazing work that may be paradoxically opposing but anything but conventional.

Dale Brumfield is a 1981 graduate of VCU's fine arts department and a second-year graduate student in VCU's master's of fine arts creative writing department. He's the former co-publisher of ThroTTle magazine and author of the book "Richmond Independent Press: A History of the Underground Zine Scene" (History Press, 2013).