Capsoul Collective looks to bridge the gap between breweries and people of color. 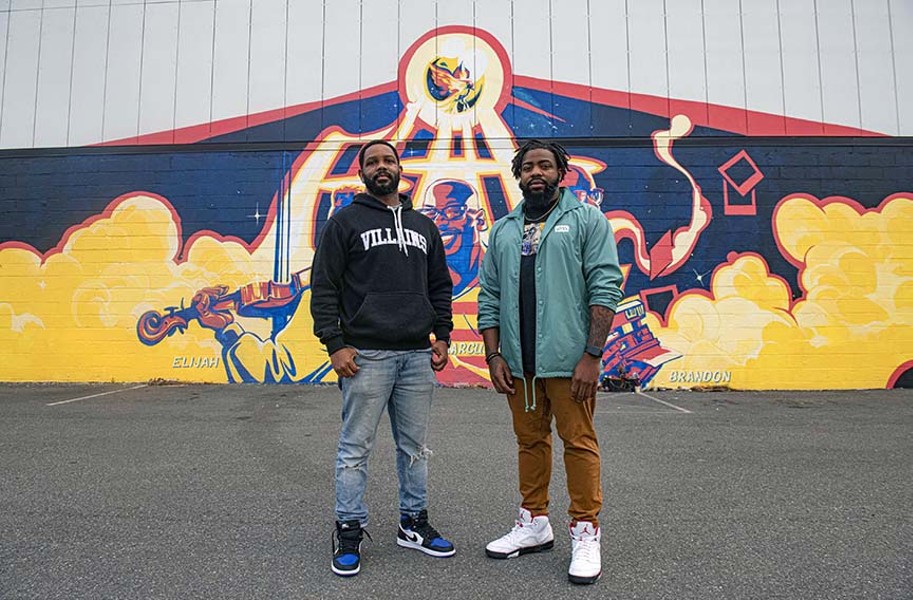 The first time we meet is over India pale ales. A month later, Oktoberfests are all around. We discuss the merits of a simple pepperoni slice and how a solid lager is the best indication that a brewery is “brewing correctly, because there’s no way to hide it.”

In between discussing whether we can separate art from the artist – here’s looking at you, Kanye – and how much we revere the almighty em—dash, we touch on race relations and how well-meaning organizations often cannibalize partnerships that are meant to elevate Black,

Indigenous and people of color.

Capsoul Collective founders Eric Jackson and Tyrel Murdaugh know a thing or two about beer – Jackson is a certified beer server and is even studying to become a certified cicerone, a title that is notoriously difficult to achieve with a less than 40% pass rate for the exam.

But beyond their love of hops and worts is their firmly held belief that beer can bring even the most disparate people together.

“I think there’s a destiny in beer,” Jackson says.

The two founded Capsoul Collective in March 2019 with a mission to “diversify taprooms, expand palates and connect dope people together through music, art and fashion.”
And beer.

“Everybody nerds out about something,” Jackson says. Murdaugh, co-owner and founder of a podcast network, Nerd Black Network, nods vigorously at hearing his tag line.

To facilitate his nerding out, four years ago Jackson started his Instagram Uncap Everything, documenting his beer journey. With over 7,000 followers Jackson is a veritable beer-fluencer, working with brands like Allagash and Angry Orchard. He curates the beer menu at Urban Hang Suite and is quick to quiz a fellow beer lover about how yes, kolsch is in the lager family. But did you know it uses ale yeast?

“I don’t even know what the original idea was at the beginning for Capsoul,” Jackson says.  “There were some friends of mine doing things in the beer business and I wanted to do something that was more intentional and related specifically to our culture.”

Murdaugh remembers their early days, just as clearly as he remembers the first craft beer he fell in love with, a peanut butter stout.

“Eric was the general manager at Champion Brewery, and I was doing a podcast about books and brews,” Murdaugh says. Jackson took Murdaugh under his wing – before becoming inundated with all things craft, Murdaugh says the closest he came to being a beer snob was ordering a Blue Moon at the bar. “I thought that was fancy!”

“Capsoul bridges the gap between breweries and people of color,” Murdaugh says. “Whether you’re Black or Asian … people who aren’t normally seen in breweries.” According to a New York Times article in August, of the more than 8,000 breweries across the country, only 60 are Black-owned. That’s less than 1%.

“Conversations can be started over beer, friendships can be made, community can be grown,” Murdaugh says. He and Jackson want to expand the craft brewing world, empowering folks – especially women and people of color – to waltz into any taproom without feeling intimidated or wary.

When Capsoul launched in the spring of 2019, they were off to the races, holding a beer crawl and collaborating with local breweries like Three Notch’d to brew a special collaboration beer, Blackberry Molasses.

The name comes from the ’90s R&B group Mista’s song: “One of the things that never change/You gotta keep pushin’ on/The sun don’t rain all the time/There’s gonna be some heartache and pain.” Murdaugh says they chose that name because it “encompasses what Black people go through in America, no matter what we’re able to find the joy, the bright spot.”

Because of the pandemic, Jackson and Murdaugh have had to postpone indefinitely any events, like happy hours at local breweries, focusing instead on the podcast and magazine branches of their business, plus successfully fostering more fruitful partnerships.

Made with African hops, plus Norwegian yeast “to bring out that Viking, Vasen flavor,” Cohesion was created to be an easy-drinking, perfect-for-the-patio beer. With a much larger message attached.

“After the looting and the protests [this summer] people were focused on the negative,” Murdaugh says. “They weren’t looking at how the community came together and started rebuilding and raising funds to get people out of jail.”

When deciding on the all-important name that would be printed and pasted on thousands of cans, spoken time and again at the Vasen bar, “I’ll take the Cohesion, please,” Murdaugh says one kept coming up, “Cohesion is the breaking apart of things and bringing them back together.”

The two self-proclaimed nerds and beer lovers say the next issue of Capsoul Collective magazine will also feature a scientific(ish) theme: Redox.

The third issue of the publication will come out this winter, featuring both local and outside sources and voices. Until then, you can listen to the podcast and check out the first two magazine issues at wearecapsoul.net.

Inspired to dip your toes into the craft beer world, or simply want to double down on your already burning love of a cold one? Check out Murdaugh’s wintertime beer picks:

Moon Shadow Barrel Aged Imperial Stout, Halfpenny Brewing Co., Denver. Coming all the way out of Colorado, you can order this brew online.