"DaVinci Code" fanatics head to Europe to live the book. 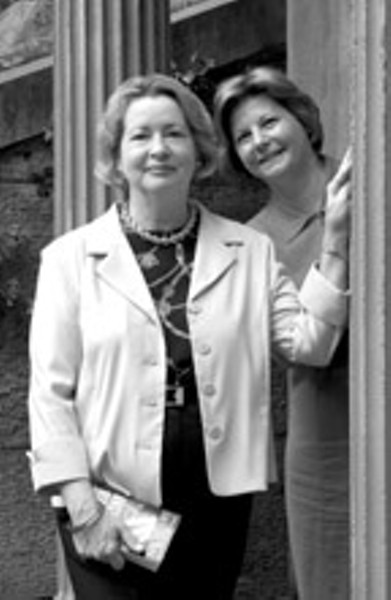 During the winter holidays, after reading Brown's two most popular books, Suzanne Munson, executive director of Richmond's Garden Week, wanted to see the city of "Angels and Demons" in a different way.

"I had the strongest desire to return to Rome to retrace the steps in the story line," she says. When her family suggested she lead a tour, she says she thought, "I'm not qualified to do that, but I know someone who is."

She called Ellen LeCompte, president of Sterling Travel, to explain her idea. LeCompte, a specialist in small, individualized tours, immediately was intrigued and began to work out the details for the tour posthaste LeCompte's Italian colleagues landed VIP entry for the tour group to the Necropolis under St. Peter's Basilica.

"You don't visit that part of the Vatican unless you are like, the Pope's nephew," LeCompte says. "People always wonder about the places they read about, but Suzanne had the gumption to say, 'Let's do it!'"

To give the tour an academic dimension, LeCompte contacted Dennis Halloran, former art history professor at Virginia Commonwealth University and current researcher of the Mellon Collection at the Virginia Museum of Fine Arts. Having led European art history and architectural groups for 25 years, Halloran was eager to join forces with LeCompte and Munson to study the sculpture of Bernini in Rome, with a "DaVinci Code" layover in Paris.

"I'm excited to introduce people to Bernini," Halloran says. "Dan Brown gives us the excuse to explore his art."

While it is nearly impossible to differentiate "Angels and Demons" and "The DaVinci Code" by way of their almost identical formulaic plots, Brown draws in millions of readers worldwide with layers of art, politics, science and religion. Halloran admits that Brown is "not the most clever or ingenious writer, but other books would never afford this sort of tour." He laughs, continuing, "we have to keep reminding people that none of the plot actually happened."

Consistent with the conclusion of "Angels and Demons," the Richmond contingency will conclude their trip at the Hotel Bernini.

"Bernini was a sculptor, not just a hotel," LeCompte says with a chuckle. But thanks to Brown, millions of readers already know that. And now 20 Europe-bound Richmonders will be able to see for themselves. S