Donna Meade Dean-Stevens hopes the third revival is the charm for the Old Dominion Barn Dance. 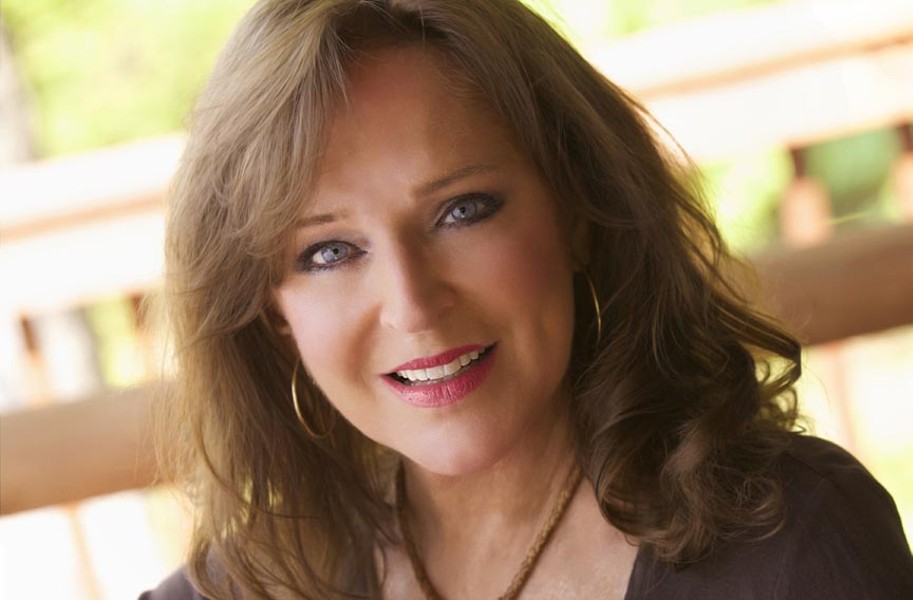 The widow of Jimmy Dean says Richmond’s traditional country music scene is in trouble — and she’s on a mission to revive it.

“I think when karaoke came in, it destroyed the quality of entertainment and the live music scene,” she says. “And the economy had a lot to do with it.”

While her aging, deaf poodle Pepper looks on, Donna Meade Dean-Stevens reflects on changes in the industry from the main house of her sprawling compound at Chaffin’s Bluff on the outskirts of town. Her late husband, country star and sausage king Jimmy Dean, is buried outside in a granite, piano-shaped mausoleum facing the river.

“Traditional country music has suffered the worst,” she says. “You see new country artists but not the traditional of the ’70s and ’80s anymore. There is still a large audience for it.”

It’s been decades since Dean-Stevens was a professional country singer in Nashville, performing weekly at the World Famous Stock-Yard. But the 62-year-old former Mercury/Polygram artist is back onstage with her trusty autoharp. And she wants to bring “wholesome, traditional country music” back to Richmonders.

In February, she relaunched the Old Dominion Barn Dance, Virginia’s version of the Grand Ole Opry, with sold-out shows by Marty Stuart at the 400-seat art deco Henrico Theater in Highland Springs. She plans to hold five of the nostalgic, variety show concerts a year, one for each season plus a Christmas event.

The Old Dominion Barn Dance originally was broadcast on WRVA in the 1940s and ’50s, airing nationally and helping launch such country greats as the Carter Family, Mac Wiseman, Lester Flatt and Earl Scruggs. Meade briefly revived the role of beloved host Sunshine Sue in the early ’70s, but says that revival sputtered out after “too many production glitches.”

Another promoter tried to restart the series in the early ’90s with little success. After some wrangling with that promoter, Dean-Stevens is in the process of registering the trademark with the U.S. Patent and Trademark Office.

The current version isn’t a live broadcast, not even online, and each show features a headliner, guest bluegrass band and a youth act — the next featured artist is John Anderson on May 16. Locals Brad Spivey and the Honky Tonk Experience perform as the country band for the cast, which includes comedian Lee Blasingame, an 82-year-old fiddler from the original show, Cal Newman, and dance troupe the Swift Creek Cloggers. Former WXGI radio personality Uncle Wiley Southworth is the show’s emcee and Dean-Stevens serves as host and sings.

Southworth, 67, saw the original Old Dominion Barn Dance as a young child and it stuck with him, which he conveys to new audiences by talking about the old performers in a video presentation. “It really warms their hearts, you’ll hear sighs from the audience, muted tones,” he says. “Our audience is a more settled audience, they’re so excited about the revival; it’s given them something they can’t get anywhere else.”

Dean-Stevens is now married to her childhood sweetheart, but dealing with her former husband’s legacy is a full-time job. She not only has written his biography but also stages the annual Jimmy Dean Music Festival, taking place Oct. 4 at the Carpenter Theater featuring the Oak Ridge Boys. She donated 95 percent of her late husband’s memorabilia and $5 million to the Jimmy Dean museum, she says, which is being built at Wayland Baptist University in his hometown of Planview, Texas.

Dean-Stevens is a memorabilia fan herself, and during a tour of her home it’s amazing to see how much stuff remains in the 5 percent that wasn’t donated.

“Jimmy literally left me the farm,” she says, noting her mint collection of guitars that includes an autographed Chet Atkins 1963 Gretsch, a 1928 Martin uke, an autographed Les Paul custom, and a guitar that belonged to actor Richard Gere. She has a pair of Muhammad Ali’s boxing gloves, Fess Parker’s coonskin hat, and a 45-year-old napkin drawing by Charles Schulz, who was seated on a plane next to Dean. And one other thing she couldn’t get rid of is an original Muppet that sits in a showplace counter near the kitchen.

When Dean was discovered on radio and television in Washington, she says, after ABC picked up his show and he moved to New York, he told his new employers about another talent. “Jimmy said there’s this guy that does Wilkins coffee commercials in D.C. with puppets,” she says. “So they found Jim Henson and they loved this puppet Rowlf.”

The one-third scale original Rowlf muppet was made as a gift for Dean by Henson and Frank Oz, then still using Ping-Pong balls for the eyes. She says Henson was so grateful for the job that he offered to give Dean 30 percent of his future business but the singer wouldn’t accept.

Dean-Stevens pulls up the body of Rowlf to reveal a hidden interior model of a bearded, hippie-ish looking Henson holding up the puppet, his arms spread wide.

“Jimmy always said that Jim Henson was so nice that nobody believed him,” she says. S

The Old Dominion Barn Dance featuring John Anderson, Homegrown Bluegrass and Ava Lindsay is May 16 at the Henrico Theater from 2-4:30 p.m. olddominionbarndance.webs.com.