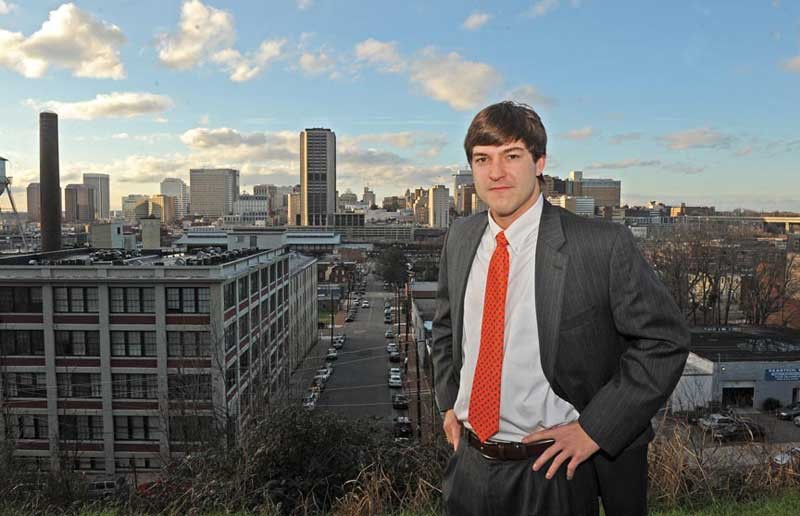 You could amble from Havana '59 to the Canal Walk without leaving behind your mojito. Or you could tour the shops of Carytown while sipping on a Bloody Mary to-go. This is Matthew Davey's big idea: contained entertainment districts where pedestrians can walk through neighborhoods such as Shockoe Bottom with alcoholic beverages in hand.

"If you're trying to revitalize a neighborhood, this is the tool," says Davey, who works as a local DJ and events promoter.

On its face, the claim seems a little absurd. Usually, it's the other way around — public boozing equates to neighborhood decline. But give Davey a chance. No, Richmond isn't New Orleans, Miami or any other traditional tourist destination where city officials have decades of experience managing lubricated crowds. Richmond has enough trouble policing weekend crowds in Shockoe Bottom.

Still, Davey says he believes his idea can work. It's been gestating since his 2010 trip to Savannah, Ga., which allows for drinking in designated areas of the city.

Virginia state law, however, prevents localities from adopting any legislation that regulates the sale, consumption or distribution of alcohol. So, via a newly created Facebook group (RVA ABC Ordinance), Davey proposes that state legislators repeal the anti-public consumption law, as well as the provision that prohibits the city of Richmond and other municipalities from dictating their own alcohol regulation policy.

Doing so would free up the city to design and establish the proposed entertainment districts, and give officials more leeway to regulate problem bars and restaurants, Davey says. As he envisions it, Richmond could require bar and restaurant owners to obtain a license to sell alcohol from the city in addition to their state-issued liquor licenses.

Davey hopes to drum up grass-roots interest before approaching a state legislator about championing the cause. And yes, it's a long, long shot.

Any effort that creates additional regulation for business owners to follow, or that liberalizes consumption laws, stands little chance of success, says Delegate Manoli Loupassi, R-Richmond: "If the desire is for more use of alcohol, and in a more public way, I don't think it's going to be received very well."

City Councilman Charles Samuels says the idea has potential but he'd first like to do some research before joining the cause. "I'd want to look at some hard numbers before determining whether open-container laws in other cities have actually helped increase tourism," he says.