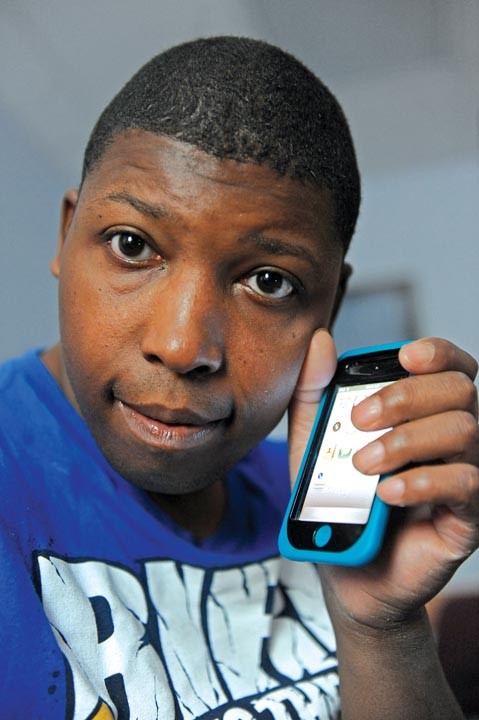 After he set fire to his family's house near Martinsville in 1996, Nicholas Pannell was found not guilty by reason of insanity. He spent most of the next 15 years incarcerated or in state institutions. In 2011, he got the chance to come to Gateway Homes, a residential treatment program in Chesterfield County for people suffering from schizophrenia, depression and other conditions.

At last, Pannell had a measure of freedom. But spending a lot of time in institutions can damage people's ability to make decisions and successfully manage their lives — common challenges for those with serious mental illness.

Could an iPod be the answer?

A team of Virginia Commonwealth University researchers has been trying to find out. It just concluded an experiment in which Pannell and five other Gateway Homes residents each received an iPod Touch with a customized suite of applications. During a six-week period, graduate students tracked how residents used the apps to take their medications on time, perform daily routines and stay calm in stressful situations.

An app called Simply Being guides the user through a brief meditation with soft music and a soothing voice. Mood Tracker prompts you to record your daily energy, depression and anxiety levels. Yet another, called StoryBook, allows the user to combine photos, video clips and text to illustrate a sequence of steps. "It's kind of like making your own instructional video," a resident named Jason says.

"To our knowledge, nothing like this has been done before" for people with serious mental illness, says Dianne F. Simons, an assistant professor of occupational therapy and one of two project leaders. The team hopes to continue, expanding the research next year.

The beauty of the iPod is that it's ubiquitous and inconspicuous, says the other project leader, Tony Gentry, also an assistant professor of occupational therapy at VCU. He's researched assistive technology for more than a decade. "The simple truth is," he says, "all of us are using these tools to manage our disabilities."

"It's always around me when I need it," Pannell says. His favorite function? The alarm — specifically, the snooze button. And having his contacts at hand, including fellow study participant Wendy, whom he dials using the video-chat app FaceTime.

"Nick, you're calling me," she says. She is sitting 5 feet from him. "Do you love your iPod?" she asks him through the speakers.