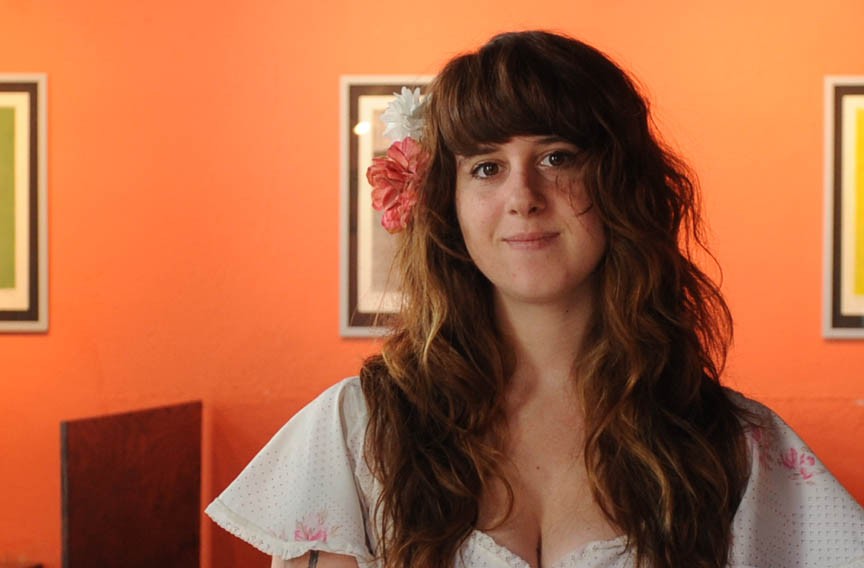 Sitting on a porch sofa outside of her North Side home, artist Eliza Childress takes a Yerba Mate break from work on her latest, hyper-detailed drawing. "Music is my big inspiration," the 23-year-old says. "I try to visually depict the feelings I get from it. This sounds hippie, but music has cosmic vibrations."

So does her psychedelic, '60s-style artwork, which often includes female breasts, animals and skulls set against geometric patterns. Among her influences, she lists art nouveau as well as comic artist Chris Ware and Irish stained-glass artist Harry Clarke.

"I want my work to be a cluster fuck of images," Childress says, smiling sweetly.

A Henrico native, Childress attended Virginia Commonwealth University for two years. She dropped out to focus on local concert fliers, and now gets commissions for album covers, T-shirt designs and large posters from around the East Coast — even one band, Guadalupe Plata, from Spain. Her father used to tour as a photographer with bands such as AC/DC, Lynyrd Skynyrd and Hank Williams Jr. ("He has some wild AC/DC stories," she says. "Them paying to shut down, annihilate bars.") She also designed this week's Music Issue cover for Style Weekly.

Last year, Childress got a boost after she entered a design contest held by an acclaimed reissue label, Numero Group. She didn't win, but her drawing was a staff favorite and it earned her subsequent work designing covers for their "Eccentric Breaks and Beats Vol. 2" and a record-day compilation, "WTNG: Solid Bronze."

"Artistically, she hit it out of the park, into another park, and then out of that park," the label wrote on its website.

Childress also managed to get a sweet gig designing fake posters for an upcoming Tom Cruise movie, "Rock of Ages," (Warner Brothers), about a rock musician in the 1980s. A friend of a friend who was in show business suggested her work.

In her kitchen there's a fridge snapshot of a high-school-aged Childress, receiving an arts award from U.S. Rep. Eric Cantor. Her face looks like it's stifling an expletive that would make Cantor's ears pour blood.

"My friends love that," she says. "Because of my expression."