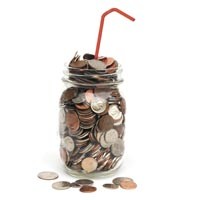 In 1978, in Jonestown, Guyana, more than 900 people died in a suicide pact with their communist leader, the Rev. Jim Jones. They drank poisoned Kool-Aid because they mistook his fearful slogans for reality.

As capitalists, we might learn from their plight: In the context of our current economic catastrophe, True Believers are still out there chanting the empty slogans of laissez-faire markets to encourage our faith — and that's a little too Jonestown for me.

A brief review of corporate rhetoric alone reveals a deceptive propaganda. The corporate conglomerates condemned here have little in common with the small businesses that generate most American jobs, though they vigorously pretend otherwise. Misleading terminology undermines the credibility of any system, and the free market is an ideal, but nowhere near a reality. Yet we pretend otherwise. We also pretend our system is based on rational choice when both advertising and market panics prove otherwise. Equally bogus are corporate claims of fair competition and creativity, self-reliance and accountability. These are obvious falsehoods given corporate history, yet remarkably, True Believers continue to chant the litanies of a system no longer worthy of our faith.

Believers deceive by pretending that we're all in the same boat during economic collapse, but average Americans have no credible economic correspondence to the hyper wealthy whose portfolios equal partial ownership of a company. Nevertheless, many Americans faithfully defend the rights of the rich while condemning regulation by the boogeyman of big government. In an astonishing triumph of propaganda, the only thing to trickle down has been ideology, not wealth.

The straight talk about this debacle gets buried in jargon and euphemism by True Believers, government collaborators, and monopoly media: pathologically greedy corporations and speculative individuals who tried to grab up as much profit as they could, as quickly as they could, by any clever and complex financial instrument they could invent.

Obviously our greatest threat is unregulated greed, not big government. We are fortunate to have a government big enough to moderate this global financial crisis because most of the private sector is rather impotent just now. And remember how well they did with the Katrina disaster? It was a cleanup all right, but not in terms of recovery. Are we strong enough to admit our misplaced faith, repent and start in a new direction?

The straight talk is this: Corporations wave the flag to subsidize war profits but aggressively lobby against taxes that could subsidize health and education. Corporations demand subsidies and tax breaks, hypocritically lecturing us about responsibility, accountability and government handouts. It would be instructive to calculate the total amount of corporate subsidies just in the 20th century to get a more accurate assessment of what we've received in return for our investment of public funds.

We should reduce our burden of the $700 billion bailout by calculating the total public subsidy for each failing company, publicizing that number and then repossessing that amount, plus interest, for the U.S. Treasury. Hysteria over nationalizing these failed financial institutions seems a Pavlovian reaction to decades of increasingly sophisticated corporate propaganda demonizing big government, collective action and social investment by simplistically equating all social programs or communal concerns with failed totalitarianisms.

Sadly, Red scare tactics still seem effective diversions from uncomfortable realities such as public subsidy for private profit, or public cleanup of private pollution, or private lobbying against public programs such as health care and education. True Believers are well conditioned to repeat “nanny state,” “communist,” “liberal,” “handout,” “tax and spend” or other corporate slogans, but these seem increasingly foolish in the face of our reality.

In spite of this propaganda, there were and are many positive socialist programs launched in similar circumstances that have done great good for America. The G.I. Bill is no longer sufficient for today's soldier, but at its inception this socialized program transformed America by expanding access to education. Public universities, libraries, roads and highways are all socialist projects from which we all benefit, and even our military is run like a socialist government, so we need not be dissuaded by this rhetorical boogeyman in our search for solutions.

During the Gilded Age similar financial manipulation, wealth disparity and monopoly greed metastasized into economic havoc and worker unrest. In this context, in 1888 Edward Bellamy wrote “Looking Backward,” a nationally popular utopian novel that explores a socialist vision of Boston in the year 2000. The philosophical foundations and organizational detail included in this slim text are worth our exploration and experimentation.

Perhaps most striking and hopeful in Bellamy's novel is the concept of higher motives. Bellamy's America is “no longer about self-service, but service of the nation, patriotism, passion for humanity, [which will] impel the worker as [they do] the soldier.” We celebrate our military for a choice we should all be making — to serve the nation. But not everyone needs to be a soldier. If neocon sloganeering hadn't scared us into defunding social programs, maybe something like a robust AmeriCorps could have been ready to move in and help with cleanup and recovery after Katrina.

I have hope that we can finally bury the bogus binary of public-private and create a new, customized, yet flexible, American economy that mixes the best of several systems but that always prioritizes people and the planet above profits. I've got hope in a new generation of students whose vision reaches beyond greed to the kind of thoughtful, just, abundant, efficient and sustainable economy that benefits the rest of us, not just the privileged few. But we have to figure it out for ourselves and stop asking the self-proclaimed experts who have normalized these cyclical disasters, dismissing the majority of working Americans traumatized by regular job loss and foreclosure.

It seems inappropriate and absurd to prioritize the desires of the hyper wealthy, those for whom financial disaster means merely fewer luxuries or less liquidity. Fitzgerald was right — these rich are not like us, and this is why our cyclical economic failures are so easy for them to shrug off. Perhaps that's why his favorite novella, “The Diamond as Big as The Ritz,” never got wide publication — too upsetting to the plutocracy.  Bellamy and Fitzgerald can both be found online or in the local library, and both are worth a thoughtful rereading in times like these. If we simply chant the same slogans and go back to the same old drill, with the same old faith, our next drink of corporate Kool-Aid might be our last.  S

Lee Carleton teaches English at the University of Richmond and is assistant director of its Writing Center.
Opinions expressed on the Back Page are those of the writer and not necessarily those of Style Weekly.