Leadership Program Manager of the Greater Richmond Chamber of Commerce 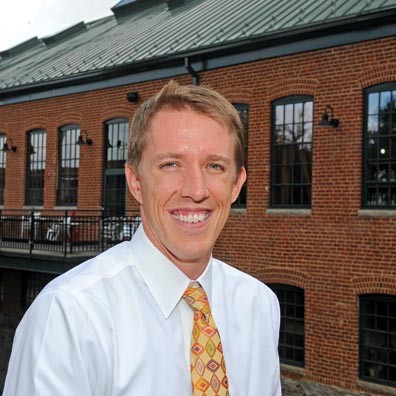 One day, longtime city-shapers such as Bill Goodwin and Jim Ukrop will hang up their hard hats. Who will take their place?

Corey Humphrey is determined to find and cultivate Richmond’s next generation of civic leaders. “Like any business,” he explains, “you want your community to have a succession plan for leadership.”

Humphrey, who’s worked for the Greater Richmond Chamber of Commerce since 2007, has helped make leadership development a primary focus for the chamber. He’s turned the Helping Young Professionals Engage program — or HYPE — from a social club into a training ground for Richmond’s future board members. This year’s inaugural 804UM leadership conference drew 375 people to hear from the city’s prominent business leaders.

Humphrey credits volunteers and his chamber colleagues with making everything happen. “I think Corey’s a very humble person, but he’s a terrific convener,” says Kelly James, a former board chairwoman. Humphrey has built a network that really drives change, she says.

Humphrey also leads Mentor Richmond, which gives teams of up-and-comers the chance to have intimate conversations with the city’s movers and shakers. They then put their inspiration to work with a community service project.

Humphrey takes the time to be a mentor, too. He has lunch with a sixth-grader named Josh every Friday at Henderson Middle School through AMP Metro Richmond. Sometimes they talk about sports, school and family; sometimes they just sit together. The important thing, Humphrey says, “is just being there each week.”