JewFro looks to meld the diaspora of Jewish and African cuisine at its first restaurant in Shockoe Bottom this fall. 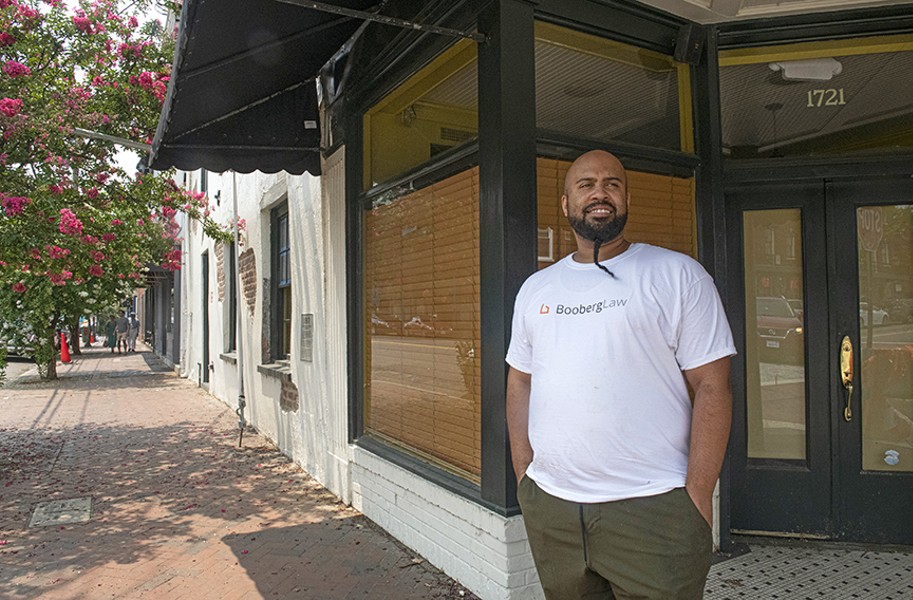 “The name is just offensive enough,” says JewFro co-owner Trey Owens. “With cancel culture running rampant, people are so quick to try and cancel you. I thought ‘Let’s use that instead as a hook to introduce people to an idea.’”

The idea of JewFro, born during the protests that followed the murder of George Floyd last spring, is to honor “our connections and similarities instead of stark differences,” says Owens’ business partner Ari Augenbaum.

Owens, Augenbaum and third partner, Nar Hovnanian, own and operate Soul Taco together. Augenbaum is Jewish and Owens says he is of the “African diaspora,” though he can only trace his lineage as far back as the slave ships. “This is the perfect opening to explore everything. I could be from anywhere, I feel like this is the best way to honor the history of my ancestors while introducing it to other people,” Owens says.

JewFro started as a pop-up at Belle this January after Soul Taco’s popular holiday Jingle Belle pop-up ran its festive course. Owens thought JewFro’s Jewish and African menu and accompanying flower-child ’70s theme would only be in place for a couple of events. Instead, the pop-up ran through the end of March.

“As people started trying the food and responding, I thought ‘We’ve got to run with this full time, we can’t just drop this one,” says Augenbaum. “Like everyone else in business will tell you, there’s a gut feeling but there are also numbers, and as soon as we started seeing the numbers, they speak for themselves.”

The upstairs will serve as the dining room for lunch and dinner service and the downstairs will include a full bar and waiting area, a few tables for dining, plus some to-be-announced elements.

There’s also an adjacent space, accessible through a separate outside door that Owens says may be used as a deli to sell in-house meats, or as a blank slate for future pop-ups. The entire restaurant will feature “modern, ’70s-inspired decor,” Augenbaum says.

From the upstairs window, Owens points out Shockoe’s storied streets, “there’s so much history here – the slaves originally laid those cobblestones.”

When the partners were looking for a permanent space for JewFro they were especially called to Shockoe Bottom, which once served as the center of Richmond’s slave trade.

“We saw the space and it made all the sense in the world,” Owens says.

Hovnanian says initially, she wasn’t as on board with fully investing in the concept as her two business partners: “Aside from the fact that I’m not Jewish or African, I wanted to make sure our mission wasn’t getting misconstrued.”

Once Owens and Augenbaum started introducing her to the dishes that seamlessly melded modern and traditional African and Jewish cuisine – like West African peanut soup filled with Moroccan lamb stuffed kreplach – Hovnanian warmed to the idea.

“I’m Middle Eastern, so the foods I grew up with eating, the [dishes] kind of struck a chord with me,” Hovnanian says. She also realized that most diners understood the name was tongue-in-cheek – they were willing to give the dining experience a chance before totally writing it off.

While JewFro’s controversial name and all-inclusive mission of education and connection may get customers in the door, it’s the food that will keep them coming back.

“Everything is made from scratch, the bread, the mayo, the sauces,” Augenbaum says. “The brisket takes 10 days to brine and two days to cook, the preserved lemons (used for aioli) take 30 days to cure. It was important to us when we did the pop-up that the menu wasn’t slapdash, thrown together. These dishes took weeks to prepare.”

Augenbaum, who cooked under Côte d'Ivoire “Iron Chef” alum Morou Ouattara in Washington, says he is excited to introduce diners to nuanced African cuisine that doesn’t fall into a tired trope.

“African food – a lot of people have no idea what that means, outside of maybe Ethiopian food,” Augenbaum says. “We’re going to be making our best attempt to represent the continent as much as possible.”

To adequately represent the diverse world of Jewish cuisine as well as the dishes hailing from 54 African countries means bringing in Jewish and African chefs, “to do their own thing,” Owens says. “I’m all about sharing my platform.”

Augenbaum says when they started doing JewFro research and development, he stumbled upon even more similarities between the two cuisines than he initially realized. “There’s such a rich history with the Middle East and the northern tip of Africa, they’re working with the same cooking techniques and ingredients,” he adds.

“The Israeli side especially is most similar to Moroccan food, Egyptian food, they all have a different word for the same thing, like pita and laffa,” Augenbaum says. “We won’t be pigeonholed into a Jewish deli. … Jews have been scattered around the world, there are elements of pretty much any kind of cuisine that we can bring into the menu.”

Always on the lookout for new business opportunities, the Soul Taco owners recently announced they’re taking the casual taco concept to the burgeoning Raleigh market, with sights on a fall grand opening. The building they’ve secured is big enough that they’ll block off half of it to eventually introduce North Carolinians to JewFro, too.

Keep tabs on JewFro’s opening date in Shockoe Bottom by following it on Instagram @jewfrorestaurant.