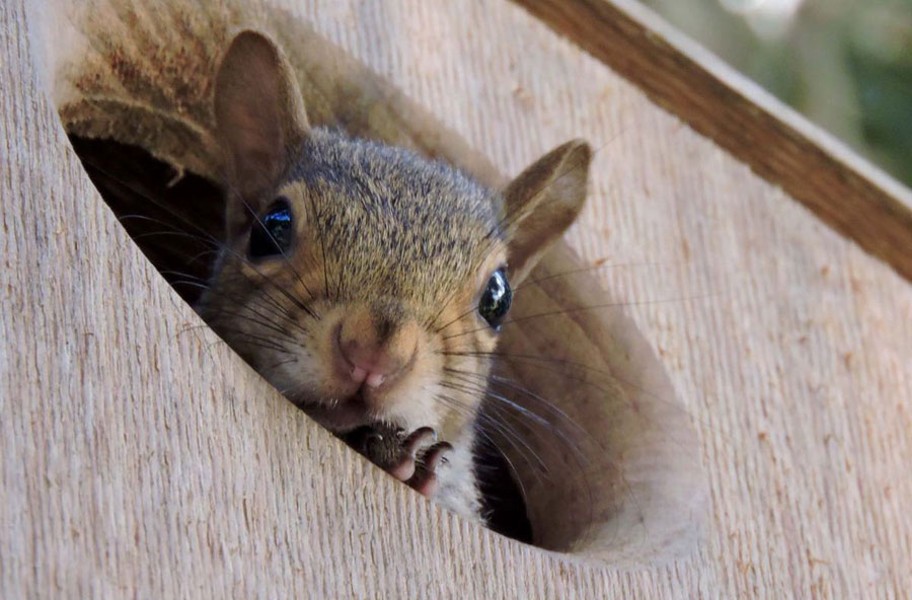 Daniel Felice was doing contract work in the suburbs this summer when – according to a lawsuit – a squirrel attacked him.

It bit and scratched. Left him “profusely bleeding.”

When the animal eventually jumped off, it darted into a house with young children inside. So Felice went in to chase the squirrel out.

Then the animal ran to a neighbor’s property, where, the lawsuit says, a couple was keeping the squirrel as a pet.

Felice has since sued the couple – Deborah and Paul Desjardin – seeking $90,000 in damages for injuries he says were caused by their “pet squirrel.”

But reached by phone recently, Paul Desjardin said they never kept the squirrel as a pet.

“We never had a pet squirrel,” he said.

The lawsuit claims the Desjardins’ dog brought the squirrel to their door this spring, and that Deborah Desjardin adopted the animal, fed it and provided medical care.

The squirrel began to peck her lips as if “giving her a kiss,” and the couple encouraged the animal to approach humans, the suit alleges.

On July 11, the squirrel attacked a child standing outside her home, according to the suit. Deborah Desjardin apologized to the girl’s parents and said she would “wring his neck” for the incident, the suit says.

Paul Desjardin said he was unaware of any conversation his wife may have had with the parents. He was out of town at the time.

The squirrel attacked Felice three days later, according to the suit. It bit and scratched his leg and hand.

Under city code, residents are not allowed to keep wild animals without a permit.

An officer with the Department of Game and Inland Fisheries charged Deborah Desjardin with misdemeanor unlawful possession of wildlife after the reported attack on Felice. Court records show a General District judge dismissed the case this fall.

Paul Desjardin said Felice’s lawsuit makes many assumptions, and that he and his wife already proved their innocence in court when the judge dismissed the charge.

He said their insurance company is handling the suit, which was filed last month in Circuit Court.

Felice’s lawyer could not be reached for comment last week.

“We’ve already proven the fact that this wasn’t our squirrel,” Desjardin said. “It’s not a pet.”