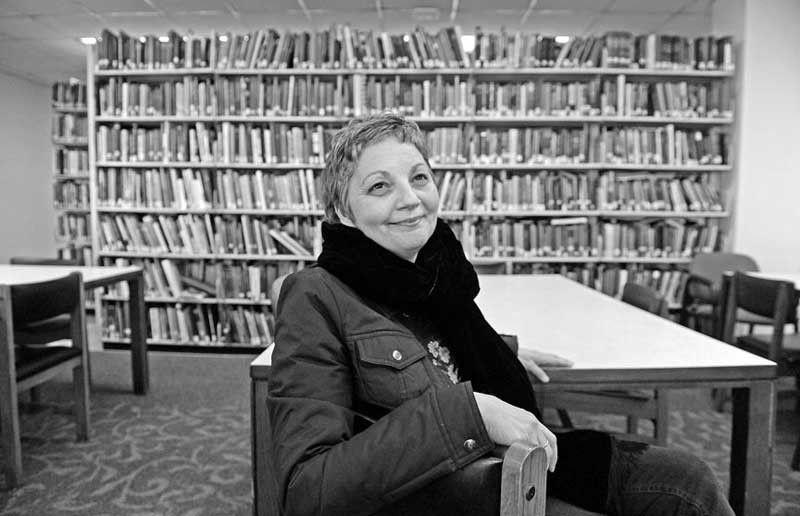 They say that in those timeless moments before we die, our lives pass before our eyes. Imagine all those bubbles of memory effervescing and bursting all at once, triggering a kind of summative feeling, if not meaning, that washes over us at the end.

Now imagine plunging into those pools through the window of any regular day. Poet Kathleen Graber's latest book, "The Eternal City" (Princeton University Press, $16.95), suggests that we're surrounded by a full system of layered contexts and connections that might provide comfort to us while we wind through the beautiful chaos of our lives.

It was, similarly, a series of risky leaps that led to the creation and success of Graber's book. First, there was the risk of leaving a middle-school teaching career of 11 years to get an advanced degree. "I thought I'd get my master's to teach at the community college," Graber says. She was put on the waiting list for New York University before her name was selected at the last moment. Without financial assistance, she worked a job and went to school at night. From that beginning, Graber committed not to the improbable dream in which she finds herself now, but to simply giving herself a chance to become a better writer.

In 2006 she published her first book. Two years later she joined the English faculty at Virginia Commonwealth University. And in 2009, Graber recounts, "Paul Muldoon showed up at a reading, said he really liked the poems, and asked me to send him the manuscript." She'd only finished a few poems, and the large majority was waiting to be born. Muldoon, by all accounts one of the captains of contemporary poetry, wanted to bring back the Princeton Poetry Series that had lapsed in recent years. He followed through and Graber was the author he chose to re-launch the prestigious series.

Since its release, the book has been named a finalist for three major literary prizes: the William Carlos Williams Award, the National Book Critics Circle Award, and the National Book Award. Last October "The Eternal City" took home the Library of Virginia Award for poetry. That a single book receives such laurels is a rarity, and even Graber humbly acknowledges, "It doesn't really happen like this."

Yet, least surprising is, that because it's poetry we fail to pay it much attention. But we should. Like St. Augustine who could "almost glimpse that greater kingdom wavering before him," Graber's work suggests that there's another reality at our intellectual and emotional fingertips. Art, artifact, reading and writing are catalysts that allow us to synthesize experiences beyond our personal histories. Context succumbs to context. The thoughts from the present are echoed and enriched by visitations of historical figures such as Marcus Aurelius and Walter Benjamin, and others, such as the scientist, psychologist, artist, scholar and mother. We're given a full jury to ponder the trials of the everyday soul. Whole philosophies, modes and dead cities are pulled up by their shirt collars to help us know more about what this life might mean.

The poems are unconventional schematics for parts of new machines that can inexplicably fly. For example, in "Un Chien Andalou," the narrator speaks from a medical bed during an operation. This triggers a meditation on an exhibit of 19th-century amputation saws, which links to a child's severed hand in the street after an explosion, then connects to the surrealist films of Buñuel and Dali about Garcia Lorca, and finally locates the speaker again, this time standing on a train platform, looking through "the broken eyes of a factory" to see "angels & their light — that cold, impossible blue."

The speakers in these poems are compulsively searching for the right combination of elements that will bring them into context. And just as they become distilled, they again "pray to be plunged, somehow, into mystery" where "the truth is both visible & blinding." S