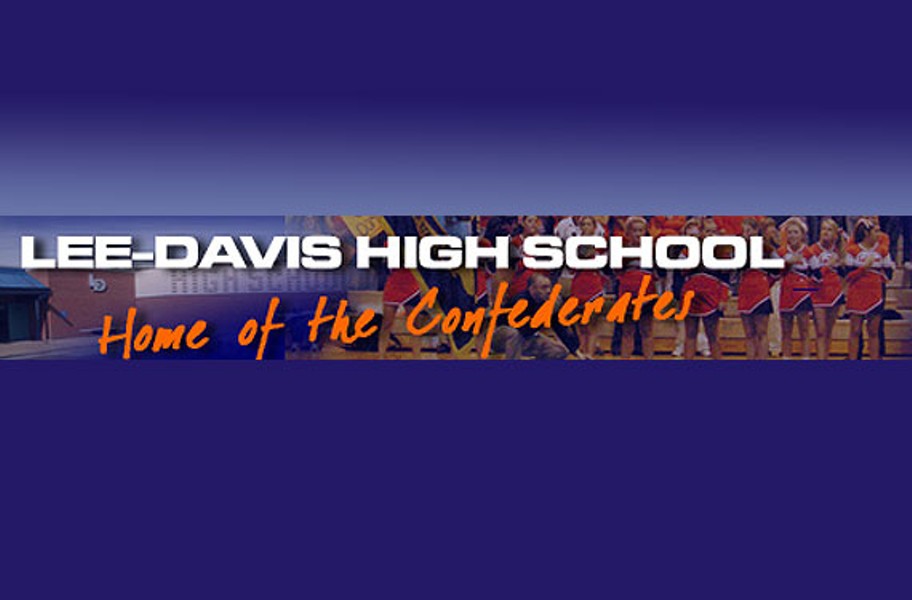 Confederate icons seem to be going out of fashion quickly. And earlier today, Gov. Terry McAuliffe ordered the end of Confederate flag-bearing specialty license plates issued by the Virginia Department of Motor Vehicles.

But what should happen at Lee-Davis High School in Mechanicsville or Douglas S. Freeman High School in Henrico County, where Confederate-themed mascots are ingrained in school culture?

Lee-Davis, founded in 1958 during the height of Virginia’s Massive Resistance against court-ordered integration, has as its mascot the Confederates.

In years past, someone dressed in a gray Confederate uniform rode a horse around to get the crowd pumped up during sports events. The school is named after two prominent Confederates, Gen. Robert E. Lee and President Jefferson Davis.

Reached by telephone, a high-school employee referred questions about the school’s mascot to Chris Whitley, the public relations official for the Hanover County School Board.

But it wouldn’t be the first time Confederate mascots were questioned as appropriate symbols of school spirit in the Richmond area recently.

Last year, some 1,200 students and others related to Douglas S. Freeman High signed a petition requesting that the school’s mascot be the Rebels, after a lion was pushed as a mascot.

“We just want to still be the Freeman Rebels, the school I came to, the school my whole family went to,” student Luke Twente was quoted telling The Richmond Times-Dispatch in a 2014 story.

The Rebels still are listed as the official mascot of the school in its Wikipedia entry, but news reports say that using a Confederate soldier impersonator at school events hasn’t been done in years. A Henrico County school spokesman couldn’t be reached for comment.

Richmond’s team in the United States Premier Hockey League is named the Generals as is a baseball club in Petersburg.