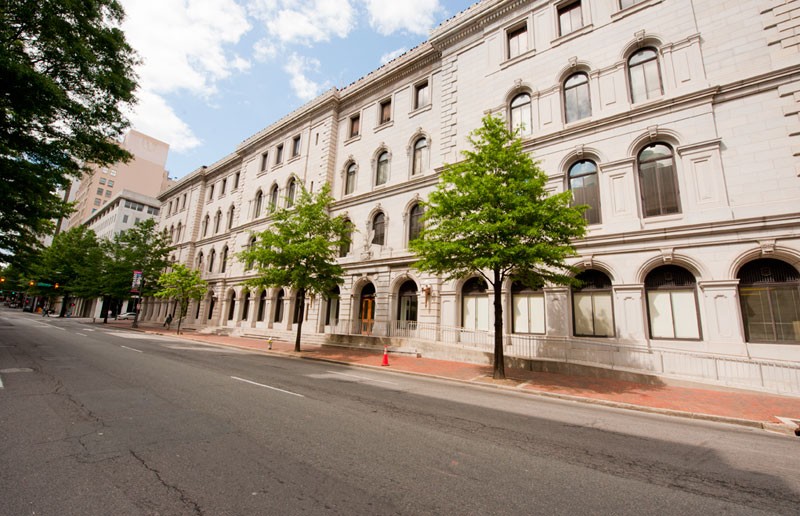 The granite, Italianate-styled building at the foot of Capitol Square is a prominent feature of many of the photographs taken of downtown following the evacuation fire. Designed by architect Ammi B. Young, who worked for the U.S. Treasury Department, the three-story United States Customs House was completed in 1858. It was adapted for use in 1861 by the Confederate government. The first floor housed the Confederate treasury department and printing presses for Confederate money. The second floor housed the state department and the cabinet room while the presidential offices were on the third floor. Jefferson Davis, however, due to ill health often preferred to work at home, in the White House of the Confederacy.