Our actions must match our words about helping the unsheltered through COVID-19. 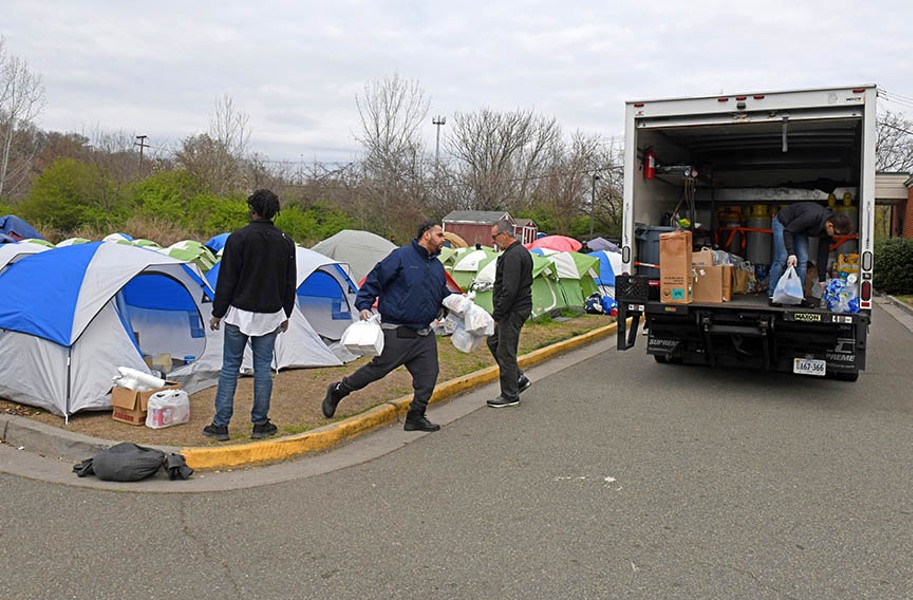 In early May, Mayor Levar Stoney declared Richmond a “city of compassion” in a professionally produced video and news release. He cited the larger global befriend movement (charterforcompassion.org/about1) as well as the city’s commitment to “transforming systems to serve those who need them.”

Over the following three days – Mother’s Day weekend – nighttime temperatures plunged into the low 30s. Homelessness activists and city leaders alerted the administration to this issue and were advised that anyone in need could call the homeless crisis line. I tried calling that number over the weekend to get help for someone and got a recorded message saying that the homeless crisis line was open weekdays during normal working hours.

So much for transforming systems to serve those who need them.
And this is not the first instance of saying more and doing less, especially when it comes to the large and growing population of people experiencing homelessness in Richmond.

Most Richmonders were unaware of Camp Cathy, an encampment on Oliver Hill Way facilitated by a Christian advocacy group, Blessing Warriors RVA. It consisted of tents for more than 100 people in need of basic shelter.

It was not ideal, but to the people and families living there, there was safety in numbers. It also meant that they would have access to food, bottled water and port-a-potties. The site became a central place for community workers and providers to connect residents with resources needed and to begin building trusting relationships, an essential aspect in getting people the help they need and eventually finding shelter.

It also afforded the residents there a sense of community. Volunteers from Blessing Warriors and others showed up daily to provide food and fellowship. The volunteers also charged phones, assisted with navigating paperwork and connecting folks with services and medical care. Chores were assigned and Camp Cathy residents all helped with meal service and clean ups, while the strong looked after the weak and unwanted behavior was immediately put in check by the group.

The most exciting times were the nights when one of the volunteers would play music and folks would get up and dance. I thought this was something to witness. Those who had so little in a worldly sense – and many who continue to fight severe depression and other mental illnesses – were able to escape all their problems and worries, at least for the moment, to blissfully dance and sing.

In the couple of months I spent visiting Camp Cathy, one of the residents was killed changing a tire on the roadside and a makeshift memorial was created outside the tent where he lived. Everyone knew this was a sacred space and respected it. I was also there the night one of the women living there gave birth at a local hospital and felt the joy that spread through the community when word got out that she had given birth to a healthy baby boy.

I joined other City Council members in spending many hours at the encampment listening to the needs of the people there and seeking assistance from the administration to address the onset of the coronavirus within the homeless community. We specifically asked the administration to open a nearby cold-weather shelter to promote hand washing and personal hygiene as a safeguard against the spread of the virus.

Those requests went largely ignored, and in mid-March, city workers showed up to remove and trash tents, clothing and personal items. Some of these items were the only ones people could call their own. It was chaotic and heartbreaking to watch. The rationale was public health and COVID-19.

We still don’t know who made the decision to effectively demolish Camp Cathy. However, we do know two important facts:

A few weeks later, some former Camp Cathy residents were living in a dilapidated hotel in Henrico County with little to no access to needed services and no long-term plan for their well-being.

Amid this jarring and likely long-term crisis, we can’t just talk about compassion or transforming systems for those who need them.  We must respond forcefully. Our actions need to match our words.