It's time to pull our brains out of our asses and recognize that we need, above all else, old-fashioned horse sense. 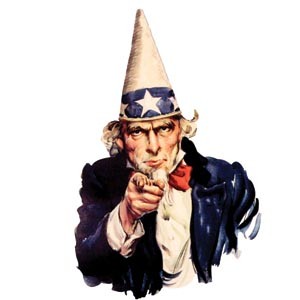 We need a national dialogue on common sense and decency.

We've had several on race, a couple on sex, and one or two on religion in the recent past, and consequently everyone is well aware of their personal rights. But as a nation we seem to have forgotten that it's not all about us. There are other people out there.

ƒ?› An aging professional football quarterback recently was accused of sending a photo of his genitals to a young woman.

ƒ?› The Supreme Court heard oral arguments on whether a family church should be able to picket the funerals of fallen soldiers in order to oppose homosexuality — even when the dead were heterosexual.

ƒ?› College students in New Jersey decided to broadcast the sexual exploits of one of their roommates on the Internet.

ƒ?› A Florida preacher almost burned a Quran on the anniversary of 9/11 while Muslims still plan to build a mosque in the shadow of the Twin Towers.

ƒ?› A performer at MTV's “Video Music Awards” literally grabbed the microphone from the lips of a winner last year and a member of the U.S. House of Representatives shouted “You lie” during a presidential speech.

What happened to common sense? To decency? To the old wives' contention that our right to step somewhere ends at the toes of others?

Grandmothers of all races and religions should, I submit, promote the old values again. Media should give these grandmothers the spotlight to remind us of the era when we feared women who demanded propriety and therefore kept us engaging our brains before our mouths or digital cameras.

I'm not sure when that era began to erode but I recall Barbra Streisand ridiculing “propriety” in a hilarious film titled “What's Up Doc” not long before the courts decided that police must protect National Socialist Party of America members marching through a Jewish neighborhood without the Nazis having to post a security bond.

The court's Skokie, Ill., ruling demanded that Jewish taxpayers pay to protect Nazis affronting an overwhelming number of Jewish citizens in the streets where the Jews, many of them death camp survivors, lived.

Prior to that 1970s ruling, the police chief would have drawled, “Yep, you got the right to march if you want it. My officers will all be handling domestic calls.”

But the U.S. and Illinois supreme courts ruled, in effect, to forget decency, forget propriety; be offensive and someone else will pick up the tab for your lack of common sense, while at the same time one of America's hottest actresses was mocking the whole idea of restraining ourselves from our worst impulses.

It seems that common sense and propriety have gone downhill ever since.

Common decency dictates that shouting “You lie” during any formal presidential speech could only be offensive, and in the past our grandmothers — of all races and parties — would have looked down their noses past the twitching of self-righteous forefingers. Common sense indicates that stealing someone's special moment to express a personal opinion is repugnant, and our grandmothers — of all races and music tastes — would have informed us of the impropriety.

In the past, common sense and decency kept all of us from even photographing our genitals and demanded that we never “rub any noses” into anyone's grief, be it public (the Twin Towers) or private (a funeral). No one would have needed to consult any rule book before recognizing that burning any religious text could only cause pain and anguish.

It's time, I submit, to pull our brains out of our asses (a word which was an affront to propriety a generation ago — is it still?) and recognize that we need, above all else, old-fashioned horse sense.

Remember that last summer, a Harvard professor snarled, “Do you know who I am?” in a mocking tone to an underpaid cop with a radio, a report about a possible break-in and, most importantly, a gun.

If Skip Gates had common sense he would have realized that no matter how many rights you have, you don't goad the man with the gun. The cop might have recently received a “Dear John e-mail”; his mechanic might have called with an estimate; his doctor might have passed on horribly dire news; and, yeah, that cop might have been a racist. Is Gates spreading this lack of common sense to the next generation of American leaders?

This isn't just a problem with Gates, Brett Favre, Kayne West, Joe Wilson or — even — Lindsay Lohan. Remember that today:

ƒ?› Middle-class teenagers females “sext” their nude or quasi-nude photos to males and then are shocked to find them floating around the Internet.

ƒ?› Both males and females, of all races, ages, incomes and philosophies put all manner of private information on social websites and expect privacy.

ƒ?› Gun advocates bring pistols to presidential speeches where heavily armed Secret Service agents are terrified of an attack on their charge.

Is it too late to have a dialogue on common sense? S