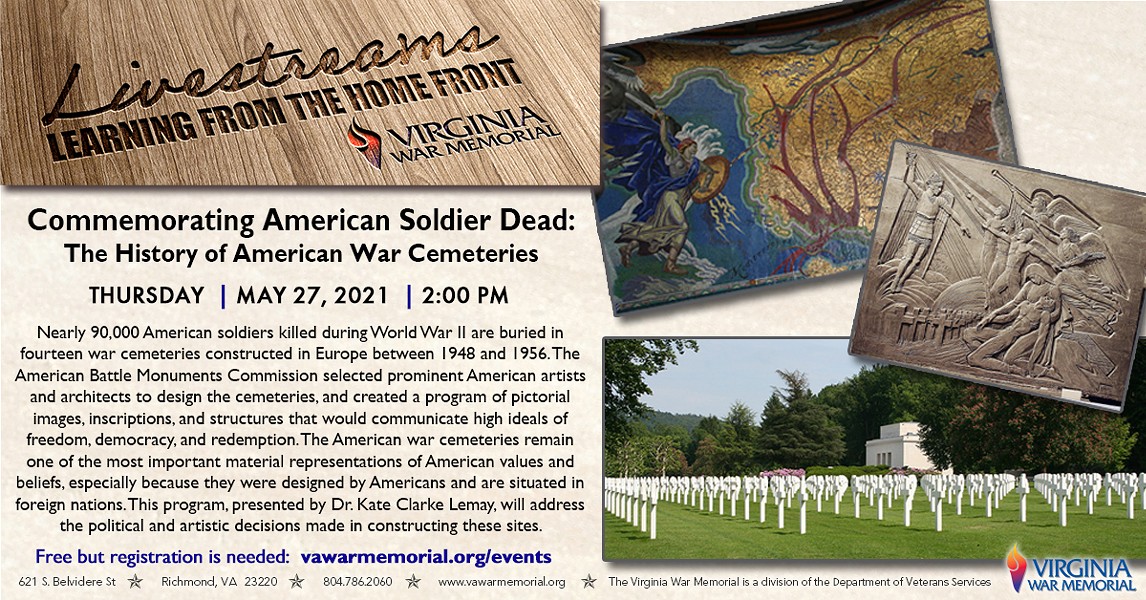 Nearly 90,000 American soldiers killed during World War II are buried in fourteen war cemeteries constructed in Europe between 1948 and 1956. The American Battle Monuments Commission selected prominent American artists and architects to design the cemeteries, and created a program of pictorial images, inscriptions, and structures that would communicate high ideals of freedom, democracy, and redemption. The American war cemeteries remain one of the most important material representations of American values and beliefs, especially because they were designed by Americans and are situated in foreign nations. This program, presented by Dr. Kate Clarke Lemay, will address the political and