Coming to Richmond Next Year, a Co-Working and Social Space for Women and Nonbinary People 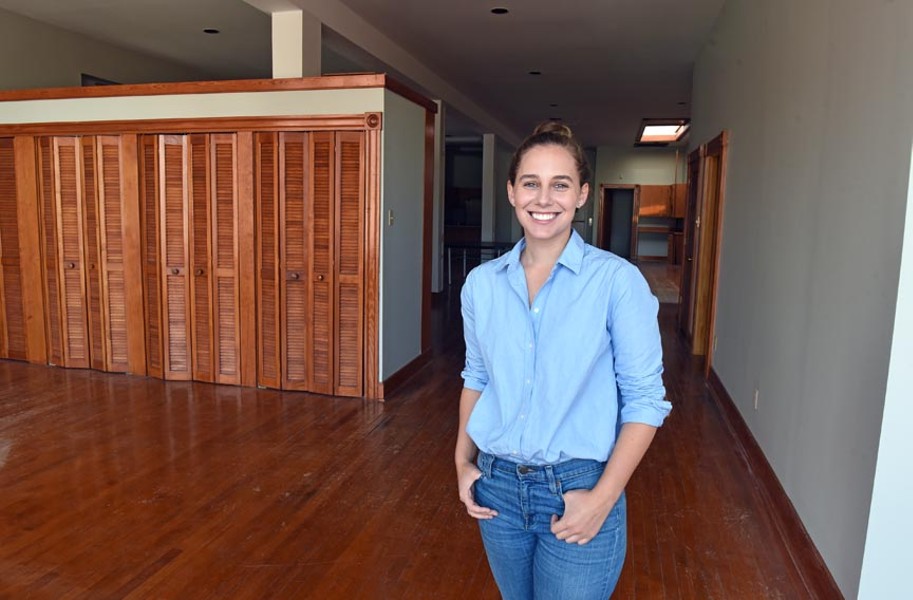 Scott Elmquist “In this world, we’re too often using products designed for — not us,” says Ali Greenberg, founder and chief executive of the Broad co-working space.

As the gig economy continues to thrive, cities — including Richmond — have seen an increase in co-working spaces for free-lancers, entrepreneurs and remote workers who need to get out of the house or the coffee shop.

The Broad, a new facility expected to open on Foushee Street in January, takes the concept a step further by making space specifically for women and nonbinary people. As of early October, 30 people have signed up for founding memberships at $300 (six months) or $600 (one year), says founder and chief executive Ali Greenberg.

The 2,500-square-foot facility, on the third floor of a historic building, offers a midsized conference room, a kitchen and a private area meant for nursing or pumping, as well as all-purpose space. Once renovations are complete, the Broad also will have small, quiet nooks for making telephone calls or doing work, Greenberg says.

There are three levels of membership: Community, which gives members access to the space on weeknights and Saturdays, plus weekly yoga classes and discounts for renting the Broad or attending ticketed events; collaborative membership, geared toward people who need a professional space a few times a month; and co-working memberships for people using the space as a full-time working location. Right now, only the community membership is available.

So, why a place just for women and others who don’t identify as cisgender men?

“In this world, we’re too often using products designed for — not us,” Greenberg says. “There’s too often a disconnect between needs and design. Chances are the office air-conditioning is designed for the body temperature of a 40-year-old man. When we design only for them, a lot of us are left out.”

To make sure people along the gender spectrum feel welcome, the Broad will not mark its restroom as a “ladies’ room” and will be attentive about using people’s correct pronouns. As a cisgender woman, Greenberg says she’s still learning, but adds, “We definitely do not have a binary view of womanhood.”

A brand and marketing consultant, Greenberg moved to Richmond in February and found herself quickly enmeshed in creative work, she says. By day two, she was involved in the TEDxRVA program. “Richmond has such a rich, entrepreneurial community,” Greenberg says, focused more on “collaboration and not competition.”

Although Richmond has established co-working facilities such as Gather and 804RVA, Greenberg says she hopes to add more of a social aspect to the sector by offering a book club and panel discussions about personal finance, starting a business, social causes or anything else that piques members’ interests. Amber Karnes of Body Positive Yoga will offer weekly classes free to members, too.

“I definitely see the Broad as a complement” to the other co-working spaces, Greenberg says. “The social aspect is a real differentiator.” S