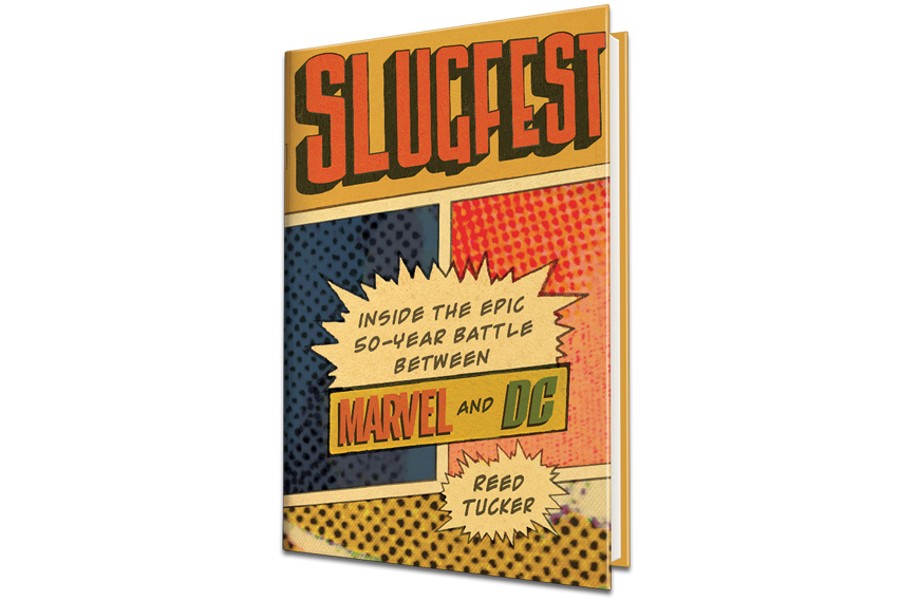 The original Dave's Comics at the Village Shopping Center was a hallowed spot for local kids in the early 1980s.

"A friend took me to Dave's in the sixth grade," Tucker recalls. "The old location was just 500 square feet or something, piled floor-to-ceiling with boxes of comics. No personality to the store. The people who worked there were supermilitant about the condition. You weren't allowed to browse or touch anything. It was like a high-end china shop, or the least child-friendly place I can remember."

Tucker was among the first or second generation of kids to shop in comic book stores, which didn't spread until the late 1970s and early 1980s, sometimes as an escape for collectors whose holdings had outgrown their homes. Before then comics were sold mostly at newsstands and convenience or grocery stores.

The major publishers took notice and cut deals with distributors to the small, targeted stores, watching profits soar as more underground shops opened. None of us, probably not even owner Dave Luebke himself (who died in 2016), could've guessed how mainstream comics would become. Look at any multiplex theater now, where half the movies might be based on comic-book characters, and witness a multibillion-dollar industry that shows no signs of slowing.

Tucker, who graduated from Clover Hill High School in 1991 and attended the University of North Carolina at Chapel Hill, moved to New York and became a features writer for the New York Post for a decade. His brother Bryan works down the street at 30 Rock as a co-head writer for "Saturday Night Live." (I've known the Tucker brothers since we were kids.)

Tucker recalls, as a child, people arguing on the playground about whether the Hulk could beat up Superman. But an online firestorm a couple of years ago really made him take notice.

"When DC was threatening to release 'Batman versus Superman' on the same day as [Marvel's] 'Captain America: Civil War,' the internet kind of exploded," he says. "I thought: 'Oh this rivalry I remember from childhood is still burning just as hot.'"

So Tucker dove deep into the story of the two companies, with its tales of bitter rivalries, poaching employees and even espionage, and realized that not only was this a rich subject for a book, but also that shockingly, nobody had done one yet.

After scoring a publishing deal with Da Capo Press, he quit his job and spent a year writing "Slugfest: Inside the Epic 50-Year Battle Between Marvel and DC," filling it with insider details about the buttoned-down, "Mad Men" styled corporate culture of DC, known for Batman and Superman, which was eclipsed by the more progressive upstarts at Marvel, which produced Spider Man, X-Men and Daredevil.

Tucker keeps the business-feud story entertaining by writing with his wisecracking, anecdote-heavy New York Post style, eschewing a more literary approach. He says his goal was not to editorialize or give his own opinions on the comics themselves, but to interview people who were there and take the reader behind the battle for what he calls "spandex supremacy."

Tucker went into the book without a dog in the fight, he says. "I didn't have a preference except when it came to the films: Marvel was much better," he says. "It became reasonably clear that Marvel is still winning the battle."

It's a battle that's gotten ugly at times. In the early 1970s, DC executives suspected that an employee who worked late nights in the production department was leaking intelligence to the fan press or, gasp, Marvel. Then the DC editor, Carmine Infantino, set up a counterespionage operation by printing up a fake memo on company letterhead that revealed it was about to start publishing 500-page comics.

"A couple weeks later, Stan Lee over at Marvel was saying, 'Hey true believers, we may be releasing 500-page comics,'" Tucker says. "I looked back at the fan press at the time and you see fans writing in asking whatever happened to the 500-page comics? It was all just a ruse to catch a spy."

Another nugget the book covers is a bad legal contract when Marvel sold the rights for the X-Men to Fox for a paltry $1.5 million (plus 5 percent of gross per movie).

"At the time, most comic book rights were going for a couple hundred thousand," Tucker says. "Looking back, they got fleeced because there was language in the contract that wasn't specific about characters. They basically gave up anything mutant to Fox when they didn't mean to." Just last month, Disney paid more than $52 billion for a chunk of Fox's media properties, including the X-Men.

Memorable characters populate the book, such as the well-coiffed Vince Colletta, an inker who worked at DC in the '70s.

"Someone described him as central casting for a mafia movie," Tucker says. "His bookie would come by the office. He claimed to be dating a Bond girl, a woman from 'Moonraker.' And he owned part of a fried chicken restaurant in midtown Manhattan. He'd always tell people to come by and get chicken, and he'd be down in the basement drawing pages. People thought it was a money-laundering situation."

A big challenge for Tucker from a research perspective was that current employees at both companies were reluctant to go on record, he explains. "They don't like to play up the rivalry, so they were not cooperative.

"I tried to explain this is not gossipy and trivial. The rivalry between the two companies has changed the way superhero characters are, the way their stories are told. And it matters because it's brought us to this point where an Avengers movie can make a billion dollars. I can' t think of another industry, maybe Coke and Pepsi, where there are only two giant players." He spoke to Marvel legend Stan Lee on the phone but says that his memory was a little spotty at age 94, so other players were more helpful.

An interesting aspect of "Slugfest" is that it shows just how the decades-old challenges that DC faced in publishing have carried over to film and television.

"Most of DC's characters were created in the late '30s and early '40s. Marvel's were created mostly in the 1960s. They're more modern, anti-hero, more human, more relatable. DC has been struggling since the '60s to make its characters more interesting for contemporary audiences. How in 2017 do you say something new about Superman?"

The book has been scoring solid reviews and has blurbs on its jacket from late night host Seth Meyers, and retired wrestling star and author A.J. Mendez. Tucker also says he's been getting lengthy emails from diehard DC fans: "5,000-word analyses defending them to the bitter end — saying their movies are in fact, good — which I love. It's kind of why I wanted to write the book."

Tucker doesn't read many comics anymore, save for a few titles such as "The Walking Dead" and "Saga" and other independent fare. The Marvel and DC titles just don't hold as much interest for him, he says. But he still believes in the power of comics to tell stories.

"It's a shame because there are all sorts of stories being told in this form: memoirs, Westerns, crime, and people tend to overlook them thinking it's just stupid superhero stuff." S

Virginia Commonwealth University holds an Old School Comicon at the student commons Saturday, Jan. 13, from 11 a.m. to 4 p.m. It's free, though VIPs can purchase early 10 a.m. entry tickets at eventbrite.com.