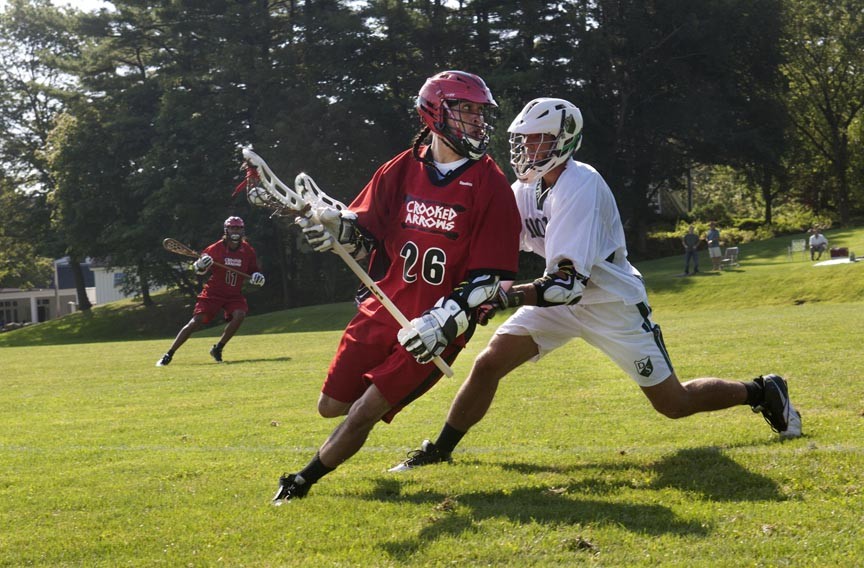 An idea born on the bench at Collegiate School 25 years ago is about to hit the big screen.

"Crooked Arrows," a film about a Native American lacrosse team's long-shot quest for the championship, is the brainchild of Collegiate grads Todd Baird and Mitchell Peck. The movie opens nationwide June 1, including in Richmond theaters Bowtie Movieland 17, near The Diamond, and Regal Commonwealth 20, near Brandermill.

Baird and Peck played on the undefeated Collegiate high-school lacrosse team that won the state championship in 1987. In the mid-'90s they reconnected in Hollywood, where Baird pitched his idea for a lacrosse movie in the sports-underdog genre. Peck loved it. But lacrosse — which was invented by Native Americans — was a niche sport at the time, and no studio bit.

Three years ago Peck decided to make the movie independently. It helped that in 2011 he produced the vampire western "Priest." "I decided I would use whatever momentum I had … and pour it into making this movie that has been a labor of love and a passion for so long," Peck says.

J. Todd Harris ("The Kids Are All Right") and Adam Leff ("Bio-Dome") joined him as co-producers. They recruited more than 50 investors — including Native American nations and some of Peck's former Richmond lacrosse buddies — and raised more than $7 million.

Knowing their audience would be looking for authentic action, the producers cast real lacrosse players instead of professional actors. Four casting calls each attracted about a thousand players for the prep-school roles, Peck says. An audition in Syracuse, N.Y., drew a field full of young Iroquois lacrosse stars. "Crooked Arrows" is not only the first mainstream lacrosse movie, he says, but also seeks to be an accurate depiction of modern Native American culture.

The film's set in New York, but attentive viewers will spot a few Richmond influences. For instance, writer Baird named the rival schools after streets in Windsor Farms: Sulgrave, Locke and Coventry Academy. They were careful not to make those teams too villainous, Peck says: "Because we're prep-school kids."