It's a fair bet that the second "American century" will barely outlive the second Bush administration. 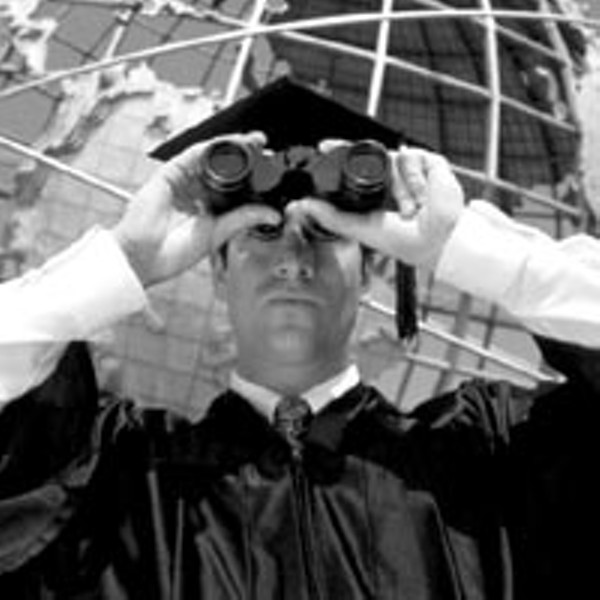 If that's you, I have a suggestion that might prove the key to your quest: Consider attending a Canadian university.

Canada's finest universities are as good as any here. In the past year, I've visited Mount Allison, St. Francis Xavier, and Acadia — small universities consistently ranked 1-2-3 by Maclean's, Canada's leading newsmagazine. I've sat in delightful classes taught by engaging professors; chatted with bright, committed students; and explored lovely campuses set in small, friendly towns. Without question, a young American can get an outstanding college education in Canada — and save money doing it.

Serious money. At these three schools, the approximate annual cost for an American student is between $16,000 and $19,000 — including tuition, fees, room, board, and health insurance. That's about what you'd pay going to school in-state.

But Canadian universities have one enormous advantage for future global citizens — location.

At an American school, your news sources will inevitably devote a disproportionate amount of coverage to developments within the U.S. -— ignoring international events which don't have an obvious, immediate impact on us. American opinion-makers — and that includes your professors — will tend to overestimate America's importance in global affairs. And that will be true whether they celebrate or lament our present role in the world. In short, young Americans studying here can hardly escape seeing the world the way a narcissist sees life: "It's all about us."

In reality, the world is a very big place, in which Americans make up less than 4 percent of the population. By the time today's college students have become our leaders, America will almost certainly not enjoy its present military and economic hegemony. The signs of decline are already evident. Our economy — on which our military and diplomatic power rests — is hemorrhaging jobs and spiraling deeper and deeper into debt. And our armed forces have been strained to the limit by two small wars against militarily insignificant opponents. It's a fair bet that the second "American century" will barely outlive the second Bush administration.

Fortunately, the U.S. isn't going to disappear as a major world player. But our future leaders must prepare for a global reality in which Europe, China, Russia, and India — and probably also Japan and Brazil -— are our peers. As this new, multipolar world emerges, leaders with a less America-centric worldview will enjoy a distinct advantage.

Canada is an ideal place to acquire that perspective. Never having been a superpower, Canada relishes its role as one of the most constructive members in the community of nations. Thinking globally is the Canadian norm.

An American student attending a Canadian university will inhabit a media world in which the United States is important, but not all-important. Her fellow students will likely be more committed to mastering a second or third language. And they'll be more inclined to approach global problems in terms of peacekeeping operations, economic development, building democratic institutions and the rule of law — not sending in the Marines.

In a Canadian classroom, an American student will encounter few professors who are pro-American — but then, he probably won't run into much of the anti-Americanism so fashionable on some U.S. faculties. Most likely, he will be taught by scholars whose attitude toward the United States and its role in the world is friendly, but cautious and skeptical.

Most important, four years at a Canadian university will provide a young American with the confidence to encounter and adjust to a subtly different culture — a first step to engaging more dramatically different cultures later in her career.

If I were a high school junior or sophomore with dreams of building a better world, I'd start by persuading my family to plan a summer trip through Nova Scotia and New Brunswick — with visits to Mount Allison, St. Francis Xavier, and Acadia on the itinerary. They're all within a few hours of Halifax, the main metropolis of Atlantic Canada.

There are dozens of other excellent universities in Canada, but these three are a great place to start. It's gorgeous country, with lots to see — perfect for a family vacation. And it might just prove to be a brilliant educational — and career — adventure.

Frederick T. ('Rick) Gray Jr. lives at Bermuda Hundred, in Chesterfield County, where he consults with students and their parents on finding the "right college."