"Antiques Roadshow" returns to Richmond and this writer couldn't be more excited. 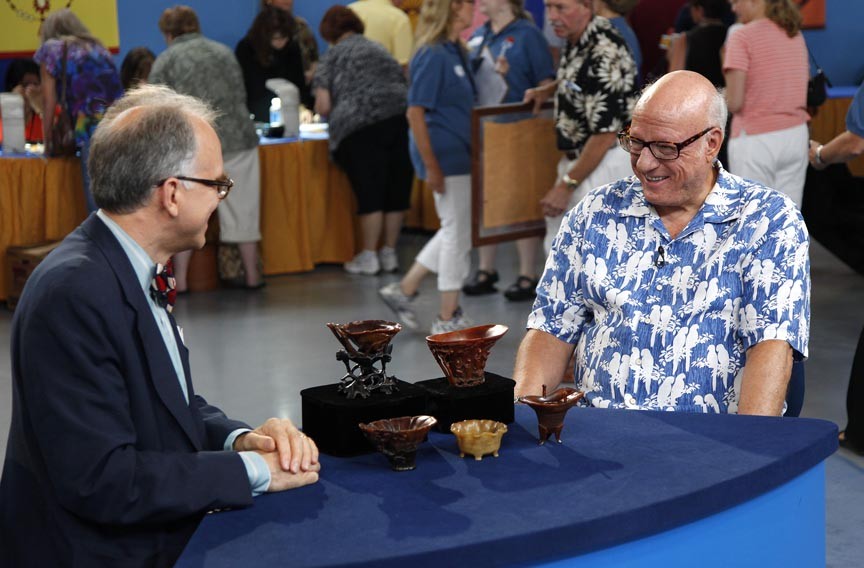 I'm not going to lie. I love "Antiques Roadshow" on PBS — the stories, the wide variety of objects, people's reactions and, most of all, discovering the market value of the treasure in question.

Growing up, my sisters and I made home videos during the long summers stuck at home. As the oldest, I served as director, filmographer and producer. We filmed several of our own "Roadshows," in which we evaluated things as varied as a Barbie doll, tchotchkes, Mom's dishes and living room furniture. Little did I know that I'd take on the evaluation job full time after grad school. Working as a junior specialist at a midsize auction house owned by a "Roadshow" specialist meant every day was a "Roadshow" — minus the television cameras.

So, although a relative newcomer, I know a little about the business, as "Antiques Roadshow" executive producer Marsha Bemko puts it. I spoke with her recently to discuss the show's second visit this Saturday, Aug. 17. The first was in 1998 — anyone catch "Vintage Richmond," which re-aired July 31?

In its 18th season of taping, the "Roadshow" is visiting eight cities this summer across the United States. Selected cities must meet two eligibility requirements: have a venue large enough to hold the event and not have been a host city for at least five years.

For filming here, more than 22,000 people applied for the coveted 3,000 pairs of tickets. That means the pool of 70 experts can expect to see 5,000 people and evaluate approximately 10,000 objects. Evaluations last from 20 seconds to 45 minutes, depending on the value and level of difficulty for identifying each object — anything loosely classified within 26 different categories.

What do they hope to find in Richmond? "Stuff has feet," Bemko says, "so we know that we'll see stuff from all over the world, especially because people keep their treasured things. Inevitably with a city like Richmond we'll see an amazing amount of Civil War material." With tablets in hand, appraisers are prepared for anything. But "these experts see a great object coming from across the room."

Decorative arts specialist Matthew Quinn, of Quinn & Farmer Auctions with several sites in Virginia, says the most exciting finds are completely unexpected. In his fourth season of taping, Quinn says part of the fun is tracking down and uncovering the history of each object with the assistance of other experts.

Citing the family atmosphere and networking potential among the "Roadshow" appraisers, he says the show's been groundbreaking for the antique and auction market. It's "made it cool to buy secondhand stuff," Quinn says. Even younger, transient buyers are collecting on a budget.

Members of the younger demographic differ from their parents and grandparents in that they buy nostalgically while focusing on design-based trends. They want something they grew up with in grandma's home, but they're also interested in finding trendy items like those featured in the latest Pottery Barn catalog. For those looking to buy 50-years-from-now "Roadshow" highlight, Quinn advises, "Buy the most expensive item you can afford."

Even that's not always necessary because market is just one indicator of value. My advice is to collect what interests you. Maybe it's something with inherent market value, such as studio art pottery or contemporary fine art. Or maybe it's something more everyday, like used books or Virginia Commonwealth University memorabilia. It can even be something that no one else may ever value as much as you do, like pressed flowers from your spouse or a collection of white hairs.

Although the "Roadshow" overemphasizes market value, it also embodies an underlying current that speaks to the appeal of collecting as a process and the thrill of storytelling. It isn't about getting there, but the journey along the way. S

"Antiques Roadshow" will be at the Greater Richmond Convention Center on Saturday, Aug. 17. Tickets are required. For information, visit pbs.org/wgbh/roadshow.