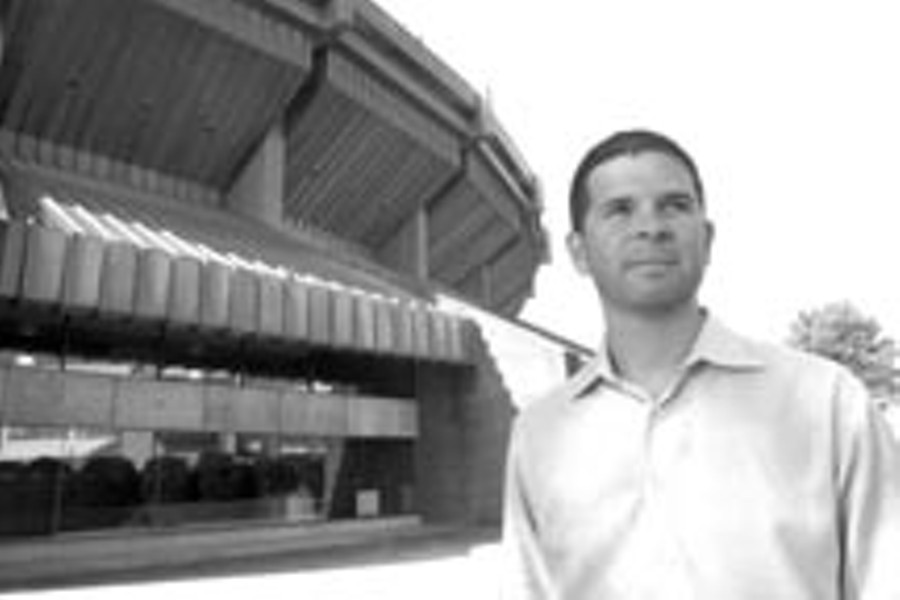 He also cleaned up the red ink. In 2000, the year before Wilson took over, the Coliseum lost $1.7 million (the deficit is covered by city subsidy). In the 12 years before that, the Coliseum lost a combined $13.4 million, records show.

Wilson brought in big, popular musical acts such as the Eagles, Cher and Bruce Springsteen, and the perception of the Coliseum began to change.

"I think the biggest problem was perception versus reality," he says. "The perception in the concert world was that Richmond couldn't sell tickets. I had to try to sell Richmond not only to the concert event world, but sell it back to the citizens of the region … as a viable place to come and enjoy yourself and bring your family."

Bill Farrar, Mayor Wilder's press secretary, is sorry to see Wilson leave Richmond. Wilson wasn't a city employee, per se. He worked for facilities-management firm SMG, which has the contract to manage the Coliseum.

"Larry really has done a tremendous job in terms of attracting new bookings from music to sports to various types of entertainment and keeping a steady flow of attractions and people flowing through the Coliseum," Farrar says. "It's a very big job."

With Richmond being his longest stay at a venue, Wilson says it's difficult for him to let go. His legacy, however, may not be fixing the financial difficulties — but the actual look and feel of the Coliseum's dungeonlike environs.

"Probably the biggest visible change would have to be the seats. We gave every seat new cushions and reupholstered them," Wilson says. "It went from the brown of the '70s to bright blue and yellow." — Katie Gantt