A leadership shake-up at the RAA leaves Richmond’s only true regional authority at a crossroads. 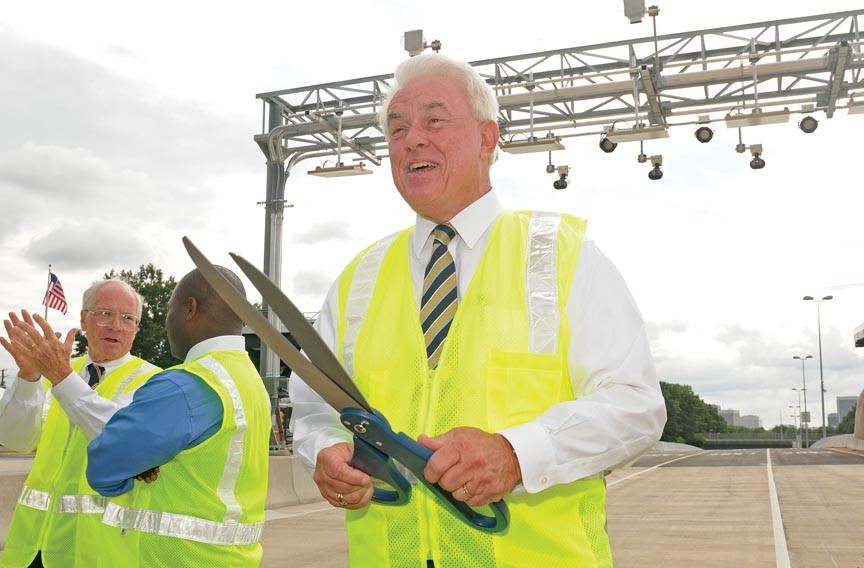 Few people see the beauty in tolls the way Mike Berry does.

Tolls may be one of the fairest forms of taxation — you pay only if you use the road — and in Richmond's case, they led to millions of dollars in economic development. What if the Downtown Expressway system hadn't been constructed in the 1970s, with the addition of the Powhite Parkway bridge across the James River? What if there was no major highway to shuttle 160,000 cars back and forth across the river, connecting the region's biggest residential suburbs in Chesterfield County with downtown Richmond?

"Say the road was not there? What would it be like?" Berry asks.

Berry's been making the sale for nearly three decades. At the end of the year, he plans to quietly ease into retirement from his post as general manager of the Richmond Metropolitan Authority, which owns and operates the expressway system, along with The Diamond on the Boulevard and several parking decks in Carytown and downtown.

Few people will recall that it was Berry who ushered through the necessary, and relatively modest, toll increases in 1989, 1998 and again in 2008. Just last week, the Downtown Expressway added open-road tolling lanes for the afternoon rush hour, a $15.5 million project, without raising the toll. This was after the RMA structured a deal last winter to pay the city back $62 million in old loans the city made to get the expressway system up and running in the 1970s. Neither required a hike in tolls, which remain at 70 cents at the downtown and Powhite toll plazas.

Even without dramatic price hikes, and none since 2008, "We've been able to keep the road at an unprecedented level of maintenance and quality," says Carlos Brown, chairman of the authority. "Mike leaves a great legacy."

But Berry is leaving during a critical turning point for the authority, and the region as a whole. The RMA, a political subdivision of the state, is metro Richmond's only true regional authority. Its board is made up of 11 members: Six are appointed by the city, two are appointed by both Chesterfield and Henrico counties, and one is appointed by the Commonwealth Transportation Board.

Regional talks broke down in late July over plans to build a ballpark for the Richmond Flying Squirrels that would replace The Diamond. The city is in the process of taking over the authority's parking decks. And in June, the city's representatives on the authority's board joined together to replace Jim Jenkins, a representative from Henrico who served as chairman for 28 years. That didn't sit well with county leaders. (Berry says he decided to retire late last year and the decision had nothing to do with Jenkins' ouster.

At the heart of the struggle is a shifting philosophy about the authority's role in regional politics. Created by the General Assembly in 1966, the RMA long has served primarily in a reactionary role, taking on projects such as The Diamond and the city parking decks at the direction of participating municipalities. Brown says the authority has an opportunity to be more proactive, more of an agenda-setter.

"I think what I'd like to see us do is actually advocate for the opportunity to be involved in greater regional projects," Brown says. "There are opportunities for us to promote the regional generally."

During the next month, Brown says he's meeting with officials in Chesterfield, Henrico and the city to begin those discussions. He holds out hope, for example, that the authority can help facilitate the discussion about where to build a ballpark.

But some people say the authority's greatest strength has been its ability to operate above the political fray. Amid what some perceive as a power grab by the city, the authority could wind up becoming less effective.

"The RMA has been the catchall, the go-to or last resort when something pragmatic needs to be done," says George Hoffer, an economics professor at the University of Richmond who specializes in transportation. The expressway, which displaced hundreds of the city's poorest residents by cutting through primarily black neighborhoods, wasn't an easy sell. "It's been the place to go when you're at an impasse on infrastructure," Hoffer says.

Indeed, the authority offered a buffer to sometimes sticky regional politics. The Chesterfield Board of Supervisors, for example, likely wouldn't be capable of raising tolls that angered county commuters, even if the toll hike was necessary to make needed improvements to the road. But the RMA could.

Berry says 1998 "was the toughest of them all," referring to the effort to raise tolls from 35 cents to 50 cents 14 years ago. "We were asked to come down to speak at a gathering at a high school [in Chesterfield], and folks let us know fairly clearly that they didn't think the toll increase was warranted, no matter how much we tried to justify it."

The most recent hike was a bit easier. In 2008, when the authority opened electronic toll lanes on the Powhite Parkway, tolls jumped from 50 cents to 70 cents to pay for the improvements. But the benefits were clearer — faster commutes — and by then the demographics had shifted a bit. Chesterfield has an increasing number of transplants. People who lived in traffic-congested regions such as Northern Virginia and Hampton Roads saw the benefits afforded by unimpeded commutes.

"The tolls are fairly low compared to big-city tolls," says Peter Samuel, editor of Tollroadsnews.com, a site dedicated to toll roads across the country. "They haven't been leading edge, but they haven't been totally left behind." For example, Samuel says the authority could have moved sooner to open-road toll lanes — only 60 percent of the expressway system's users have EZPass transponders, a rate fairly low compared with other cities. But the authority has a reputation for good management. "They're a bit on the conservative side," he says, "but that's not all bad."

For Richmond, and Berry, that might be considered high praise. But the future of the authority may hinge on a critical question: Is the region ready for the fast lane? S