Sometimes the memory of foreign lands isn't something you can describe in words. It might be a smell that takes you back to that Parisian cafe or a certain feeling — the breeze and the sun hitting you just right, instantly transporting you back to that Australian beach. Perhaps it's the simple clink of ice on glass in a dimly lighted bar that stirs your memories of afar. With that in mind we asked four of Richmond's best bartenders to create a drink that recreates one of their fondest travel memories. 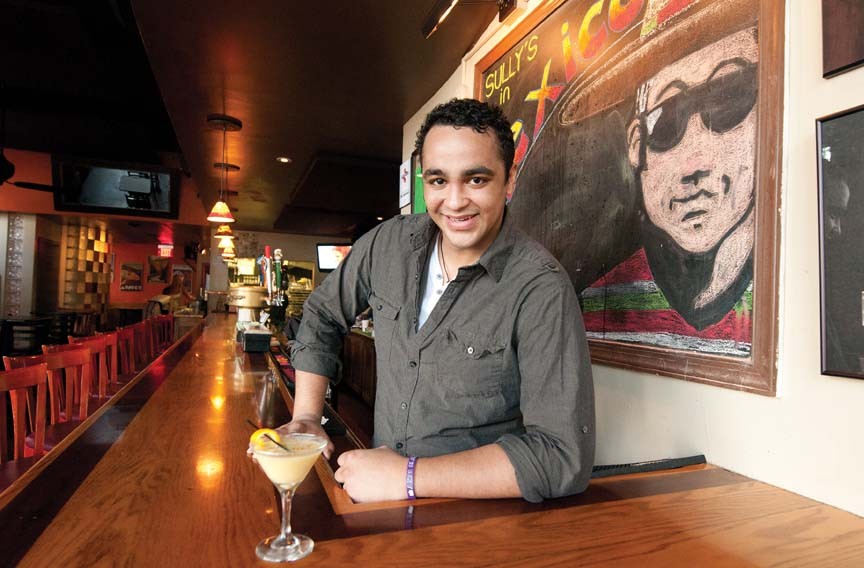 The Trip: Last summer I strapped on my backpack and headed to Europe, for what ended up being a month and a half long, booze-fueled stumble across some of the world's greatest cocktail cities. After a long night out, this drink was my final salute to any given relic of a city before staggering down some nameless scenic cobblestone street in search of my hostel.

Mix contents together in a shaker, and then strain into a chilled cocktail glass. Add a pinch of cinnamon on top and garnish with a twist of orange.

The Trip: My interest in the craft of bartending began at a New York City cocktail bar called Death and Company. My first drink there was a dark and stormy with house-made ginger beer, though the name of my second drink I can't quite recall. I know it was dark, bitter and serious, and that I had never before imagined the level of complexity there in my glass. Sitting at that bar and watching the incredible crew at work I couldn't help but wonder how the hell people got that talented. I knew then I wanted my drinks to be that serious, that flavorful, that fun. My service to be that hospitable. It was a serious turning point for me, and it gave me something to reach for. This drink is inspired by the second drink I had at Death and Company, meant for slow sipping and dim lights.

Add all ingredients to a mixing glass, fill with ice and stir briskly for 20 seconds. Strain into a cocktail glass and garnish by squeezing a twist of lemon peel over the surface of the drink and rubbing it around the rim of the glass. Discard the peel afterward.

Created by Shari Schaefer, The Republic

The Trip: I've created this drink to always have a liquid reminder of the feeling of the warm Australian sun. The fruit flavor reminds me of the tropical breeze and the experience of feeling that breeze on the nude beach of Alexandria Bay. We spent the whole day in the nude finding eclectic shells and rocks. Having the mighty waves and warm water hit my body made me feel invincible, and the warm sun kissed my skin in the sweetest of ways. This drink may taste fruity, but it'll hit you like a Pacific wave on your bare ass. The Aussies prefer to spend their sun-soaked days catching waves and a decent buzz, so hop in the marsupial pouch and join me for a trip down under.

The Trip: While traveling Europe, I had drinks. Lots of 'em. Cask-strength beers in London, red wine in Paris, and even more red wine — and 'buca, and limoncello — in Italy. It's interesting that doing shots probably singled me out as an American. When I asked for a shot of Jameson, the barwoman gave it to me in a pint glass. I'm not really a cocktail guy, but I had to order a Negroni while sitting on the canal in Venice. But the most refreshing cocktail I had was an Aperol spritz (just "spritz" to the locals). Completely simple, but quintessential Italian. The bitterness of the Aperol, the effervescence of the soda, with a slice of blood orange to garnish. So I took that as my inspiration for a cocktail I call the Canal Walk — the name references both the canals of Venice and here in Richmond. If you drink enough of them, you just might think you're Venice.

Shake first three ingredients over ice. Strain into a champagne flute and top with sparkling wine. Garnish with an orange twist. Drink, repeat.