The new director of VCU's Institute for Contemporary Art on the cultural role it plays, why she moved here and the vibe she gets from Richmond. 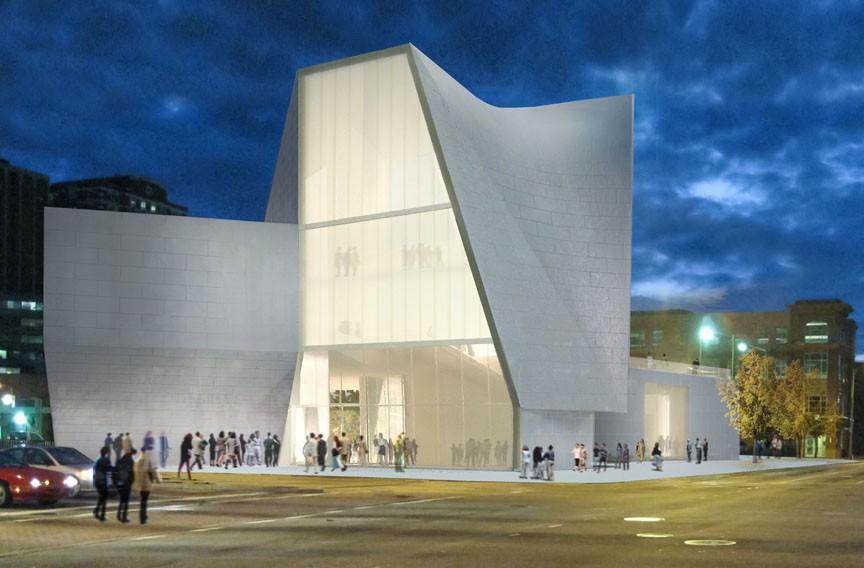 The 38,000-square-foot museum, designed by Steven Holl Architects, will feature visual and performance-based contemporary art. It's expected to be complete in 2015.

Raised in New Jersey, Freiman went to Oberlin College in Ohio. Since then she's had an exceptional career as an art historian and museum curator, including service as U.S. commissioner for the 2011 Venice Biennale. She comes to the museum, sometimes known by the acronym ICA, from her position as senior curator and chairwoman of the contemporary art department at the Indianapolis Museum of Art.

Style: How were you introduced to art?

Freiman: I always took art classes as a kid. I went to New York frequently with my mom to see exhibitions, theater and dance because we lived nearby. As a teenager, I took college classes at the Fashion Institute of Technology. I loved the city, meeting other kids with similar interests, and learning more about the art world.

Why study art history and not a more pragmatic career choice?

I always have loved art. At Oberlin, I fell in love with art history almost immediately. After spending junior year abroad in Florence, I knew I wanted a career that involved thinking and traveling. Art history provided a lens to see the world and learn about history and culture. I can remember a conversation I had on a flight to Newark — I sat next to a pilot. When he heard I was at Oberlin, he suggested that I consider being a flight attendant — not a pilot, mind you — so that I could travel the world. I laughed and said I didn't think that was likely because I wanted to be an art historian instead.

Why the switch from educator to museum professional?

In 1989, I started working at the Institute of Contemporary Art in Boston with numerous great curators like Elizabeth Sussman and Matthew Teitelbaum. I decided to attend graduate school at Emory University where I also taught undergraduates. During a two year post-doc at the University of Georgia, I turned down several tenure-track teaching positions. Eventually, my graduate adviser, James Meyer, said, "Lisa, you need to be honest about what you want to do." Soon after, I accepted an offer to serve as associate curator of contemporary art at the IMA in 2002.

What made you choose to leave Indianapolis and come to Richmond?

I accomplished what I set out to do there. I established a strong contemporary program — expanded the galleries from 15,000 to 25,000 square feet, produced challenging exhibitions and publications, launched 100 Acres: the Virginia B. Fairbanks Art and Nature Park, and served as U.S. commissioner and curator for the 2011 Venice Biennale, an honor only given to one other Midwestern museum in history. I am excited to live in Richmond and work with the talent already there to further enliven the cultural arts community. Even though VCU has a well-established art scene, the ICA will be a catalyst for ideas and experiences that connect Richmond even more profoundly with the international art world.

VCU describes the institute as a venue "for head scratching ... some visitors will be hooked [and] some won't. That's OK." How will you incorporate community involvement with work that appeals to a specialized audience?

I don't believe that any art is elite. To understand it, one must be willing to look closely, and think critically, and that's why it is such an important component of any form of education. There will be a strong interdisciplinary educational program at the ICA that will help visitors further engage the art of our time.

The university says that the institute will "have a direct connection to the Middle East through VCUarts' campus in Qatar." What do you foresee this connection will look like?

I've actually never been to Qatar and I'd love to go there soon. I'm not sure what the connection will be, but I am open to many possibilities.

You will be the director of the institute and a faculty member at VCU School of the Arts. How do these two roles merge?

I'll have the opportunity to teach art history and museum studies classes in the future. I hope to amplify professional practice seminars with lectures by various art world professionals in journalism, architecture, business, science, etc., and have these visiting speakers give public lectures.

What do the first six months of your new job look like?

[Laughs]. Meeting lots of new people and networking as well as finding out more about VCU and the people there. I will also be hiring several high-profile positions at the ICA, including a senior curator and a performing arts curator. Although I will not be the chief curator at the ICA, I will be working closely with whomever I hire to shape the institutional vision.

How many times have you visited Richmond?

Four times — and not until I was invited by VCU. The interview process was fast. I'm not a fatalist, but I seemed destined to go to VCU. This spring, I juried the VCU Arts undergraduate exhibition. I also have worked at IMA with various artists associated with VCU including Kendall Buster, Sonya Clark and Tara Donovan. On the way home from selecting the undergraduate show, I received an email saying that I'd been moved onto the second round for the directorship.

And your initial impressions?

VCU School of the Arts Dean Joe Siepel took me on a whirlwind tour during my second interview. I loved the city's architecture and history. At first, I thought it would be a mini-Atlanta, but it is very different — a distinctive confluence of North and South, old and new, with a funky, independent vibe.

What are your favorite places so far?

Church Hill and Carytown for their historic and bustling personalities. It's a vibrant city that I look forward to calling home. S