Close encounters with the Mystic Valley 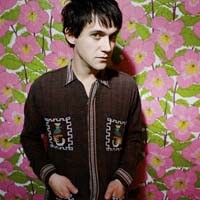 When Conor Oberst decided to record his first solo album since 1995, he opted out of the traditional pressure of holing up in a recording studio for days on end. Instead, he gathered a bunch of his buddies and traveled to Tepoztlan, Mexico, a place known more for UFO sightings and paranormal events than a source of musical inspiration. The 28-year-old singer and songwriter rented out an entire hotel and converted one of the bungalows into his own makeshift recording space. Unfettered by the restraints of time-tables, note-perfect takes and even production value (listen close enough and you can hear various third-party contributions, such as crickets), the resulting effort, "Conor Oberst," hit shelves a few months back with positive reviews. On the road with his Mystic Valley Band, the Bright Eyes frontman is scheduled to bring his newly tempered folk music to the National on Wednesday, Nov. 12, at 7 p.m. $22-$25. 612-1900.