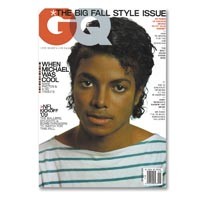 This isn't the back-to-school ranking you want to land on, unless elitism, popped collars and keggers-with-attitude top your list of life goals. Yet Randolph-Macon College in Ashland finds itself at No. 23 on GQ magazine's list of “America's 25 Douchiest Colleges.”

The magazine calls it home of the “College Douche,” describing it as “the country club of higher education,” where “Waspy dudes from Roanoke gather to text each other during class.”

Naturally, that's only if you can get a cell phone signal in Ashland.

In 10 years, the magazine says in its September issue, alumni will be: “Plotting the fake murder of your father with the pilot of his private plane, splitting the insurance money, and later being arrested on a fan boat in the Everglades.”

This is the second press hit of late for the home of the Yellow Jackets. As GQ notes, the Princeton Review ranked R-MC as the fourth-biggest beer-drinking school and second-biggest liquor drinking school.

Director of Admissions Anthony Ambrogi attempts a brave defense of the school in the magazine, saying that the college no longer takes part in the Princeton Review surveys. “What we always tell students is ‘Come visit. Come see us. Come stay overnight,'” the magazine quotes him as saying. “‘And then come back in the morning and tell me if you believe the stereotypes or not.'”

Brown University ranks No. 1 on the list, followed by Duke, Princeton, Harvard and Deep Springs. And rounding it out is the University of Virginia, home of “the Blue-Blazer Douche.”

U.Va. affectations, as the magazine says, include: “The side part; the insistence on referring to your school as ‘the University,' our third president as ‘Mr. Jefferson,' the quad as ‘the lawn' and the Civil War as the ‘War Between the States.'”