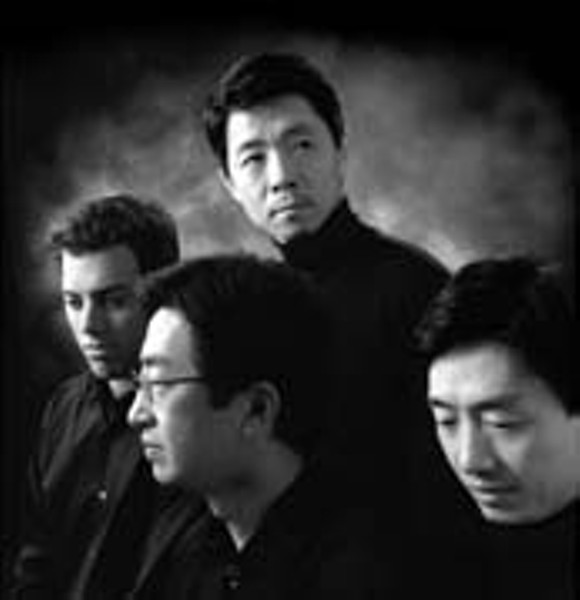 The city of Soweto is known for setting trends in fashion, music and dance. And the 26-member singing group, the Soweto Gospel Choir, is everything you'd expect from such a city. The group celebrates the tradition of African gospel, bringing its joy of faith through music to audiences worldwide. The choir members' multicolored costumes reflect their colorful voices. And their exuberance is found not only in their voices, but also in their dance moves.

Five former choristers of the renowned St. Thomas Boys Choir in Leipzig formed Ensemble Amarcord in 1992. The group's unique blend of humor, elegance, good looks and vocal virtuosity has delighted audiences for 12 years. As Brock Harris of the Recorded A Cappella Review Board said, "They sing like angels and look like the Backstreet Boys."

One of the world's most outstanding quartets, The Shanghai String Quartet is in residence at the University of Richmond. Although the group is now based in the United States, it stays true to its roots. Recently it released a collection of Chinese folk songs titled "China Song," featuring music by the group's violinist Yi-Wen Jiang, based on his childhood memories of the Chinese Cultural Revolution.

Nothing is more authentic to music from the Baroque period than hearing the orchestra Le Concert des Nations play it with period instruments. Each musician in the group is an expert at an ancient instrument, and most of the musicians originate from Latin countries (Spain, South America, Italy, Portugal and France).

"Music That Changed the World"

Traveling to different venues because of the renovation of the Carpenter Center, the Richmond Symphony brings us music from Europe this spring. Between a celebratory performance of Beethoven's "Eroica Symphony" to their concert filled with sounds from Venice, the Richmond Symphony proves that no matter where a music group is based, it can perform pieces from other cultures with ease and authenticity. — Chantal Panozzo

Advertising copywriter Chantal Panozzo has been performing music for more than 21 years. She is a graduate of the University of Illinois' School of Music, where she sang the role of Yniold in Debussy's "Pelleas et Melisande." She currently sings with the James River Singers and will perform with them April 23-24.