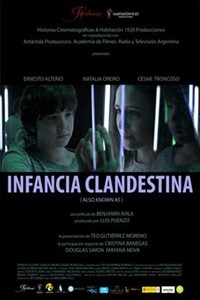 Argentina 1979. After years of exile, 12-year-old Juan and his family return to Argentina with new identities. Juan's parents and his uncle Beto are members of the Montoneros Organization, which fights against the military junta that rules the country. Because of their political allegiance, they are constantly being hunted down. At school, Juan is known as Ernesto and he must not forget his new name and identity because his family's survival is at stake.

Sorry there are no upcoming showtimes for Clandestine Childhood (Infancia clandestina)