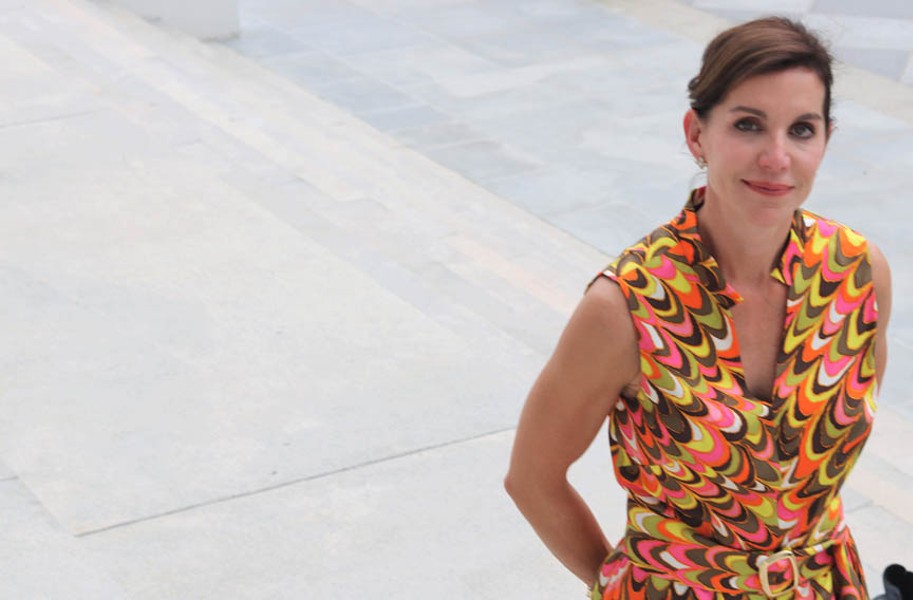 Republican state senator and current lieutenant governor candidate Jill Vogel arrived for her interview with Style Weekly fresh from attending an event with Service Source where she spent time dancing, of all things.

"It, for sure, is the most fun day that I will have between now and election day," Vogel said. "This guy came up and asked me to dance so I did. That was my morning. Not your typical campaign day."

With 10 years of state Senate experience — eight of those as the only Republican woman in the upper house —Vogel is accustomed to politics and the causes she champions.

Vogel is passionate about serving her constituents. She recalled how when she was first elected to the Virginia Senate her husband suggested they remove their phone number from listings to avoid mass calls, to which Vogel said: "We can't unlist our phone. That's the whole point."

"I always give out my cellphone number. Everyone has my home number, and for 10 years I've done the right thing and helped all these people," Vogel says.

She feels pride in the laws she has passed that may not necessarily be big-ticket items such as tax reform or budgets, but those which come from her listening to her constituents.

"You discover something and you think, 'How is it possible this has been overlooked for all this time?'" Vogel says.

One such bill was her successful ban on child marriage, which received national coverage. Until her 2016 legislation, minors in Virginia could still legally be coerced or forced into marriage with adults.

Vogel also supports medical marijuana in the form of cannabis oil. She has introduced it in past legislation for people with conditions such as epilepsy, Crohn's disease and cancer. She also feels it could contribute to Virginia agriculturally. Vogel has also sponsored legislation aimed at targeting opioid abuse and is pleased the topic has gained more traction recently.

One of her more controversial past bills surfaced in conversation between Vogel and her opponent, Democratic candidate Justin Fairfax at an Oct. 5 debate.

In 2012, Vogel sponsored a measure that aimed to provide informed consent and determine gestation age. It required women seeking abortions to undergo transvaginal ultrasounds before undergoing the procedure.

In the debate, Vogel defended herself by claiming the bill was meant to "codify the standard of care" and stated that an ultrasound of that nature is to "determine gestational age and the kind of procedure that you must do."

The bill was seen by pro-life Republican and then-Gov. Bob McDonnell as "invasive," and Vogel withdrew it.

Though Vogel considers herself a fiscally conservative Republican, she stresses that she is not hyper-partisan and will break away from her party where she feels she should.

"When it comes down to the issues that really matter, all those issues transcend politics," she said. "It's important that you can work with anybody. If you can't work with colleagues in another party, you can't pass anything."

"I think I can make a significant contribution as lieutenant governor from the relationships I have with people from both sides of the aisle," Vogel says.