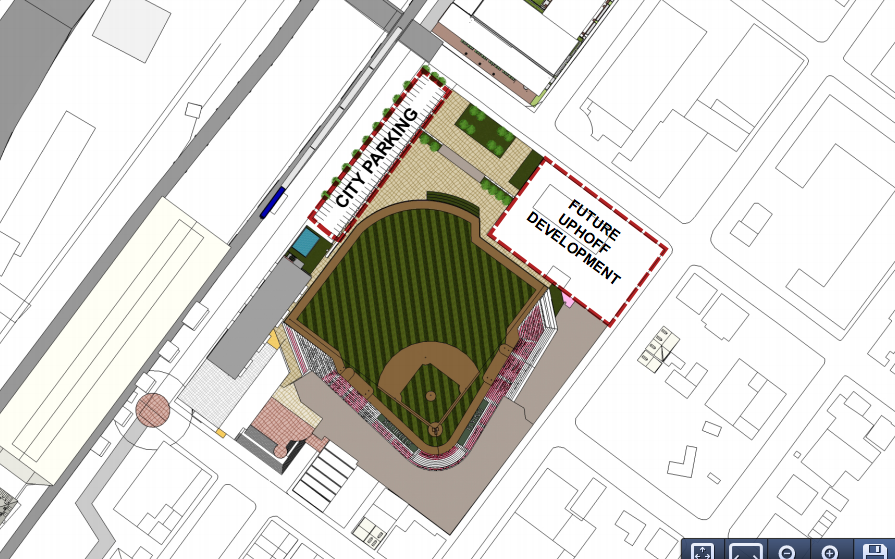 Chief Administrative Officer Byron Marshall told members of Richmond City Council that elements of the development had been moved because the city didn’t want to go through the process.

The city has outlined its own plan to catalog and store archeological finds on the site, which a city contractor is undertaking.

But if the city had built within the initially outlined project area, it would have been forced to undertake a more rigid review mandated by the National Historic Preservation Act. Broadly, the act would require the city to “take into account” any “adverse effects on historic resources.”

Further, the act would have required the city to “resolve adverse effects by developing and evaluating alternatives that could avoid, minimize, or mitigate these impacts on historic resources.”

In a letter the National Trust for Historic Preservation sent to Jones in late March, the organization advocated for the city to undertake the federal review, commonly referred to as a Section 106 review.

“The city’s proposed historical assessment is no substitute for the federal Section 106 review and consultation process, which must be conducted by the relevant federal agency. … with the goal of avoiding, reducing, or mitigating harm to historic and archaeological resources,” the organization wrote.

Shockoe Bottom was the second largest center of the slave trade in the country, and opponents of the stadium have argued its construction is insensitive to the neighborhood’s painful history. Jones proposes addressing that history by building a slave heritage site and memorial.

The city says the review would have only been required if the city built on a parcel that includes the train shed and part of an adjacent parking lot. The city owns the parcel, but it was purchased through a grant from the Federal Transportation Administration, meaning the federal historic preservation requirements apply to any future development that infringe upon it.

Plans released in November when Jones announced the redevelopment project show the western edge of the stadium on that land. The latest site plans Marshall released Thursday show the stadium shifted to the east with surface parking on the relevant plot adjacent to the train shed.

Marshall said the initial plans were just conceptual, and that the city never intended to build the ballpark itself on the parcel. But he said the city and developer were considering building apartments on the parcel. They decided against it because it might have triggered the review.

“If you can build something that doesn’t require you to spend a year or two in planning, you do that,” Marshall said. “Costs would go up, interest rates would go up, the cost of construction would go up. Remember, we set out to get this done by 2016.”