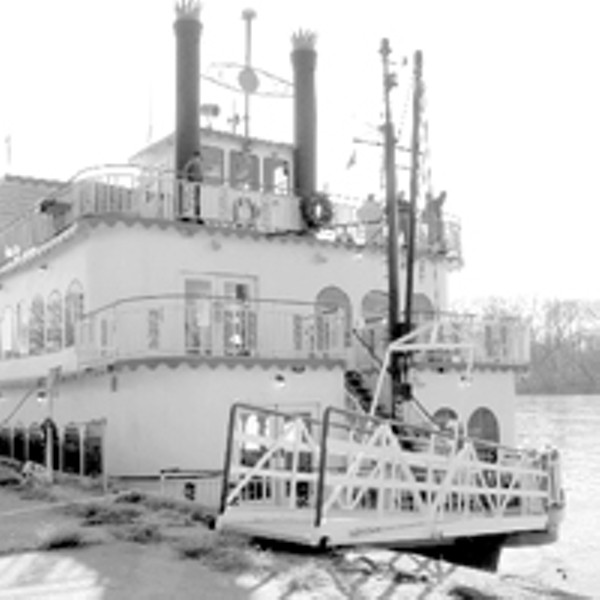 Sal Naso, Washington regional director of Spirit Cruises, told Style last month: “We’ve had a very good relationship with the city. This isn’t a question of whether or not the location in Richmond” was a lost cause. The Annabel Lee is a riverboat, he points out, and the other ships owned by the cruise line aren’t.

The Annabel Lee will rove the James for the last time New Year’s Eve. Seats are available for the final dinner cruise. The boat is scheduled to leave Richmond Jan. 3.

After attempts to keep the Annabel Lee failed, the city began searching for a replacement. A handful of successful cruise-boat operations in other cities have expressed interest, says John Woodward, director of economic development for the city. He declines to provide details until negotiations progress.

Last week the city interviewed a possible candidate, Woodward says. “Our goal is to have as little down time as possible.”

Woodward stresses that attracting a new cruise boat won’t cost the city anything; no incentives have been promised. But the city has committed to spend $1 million to improve the Intermediate Terminal, the city-owned dock where the boat will reside. The new operators will lease the space from the city. In addition, the city — as it has with the Annabel Lee — will collect money from admissions- and food-and-beverage taxes.

The new boat won’t necessarily have the same riverboat motif as the Annabel Lee, Woodward says. Instead, it will likely be more modern and feature more amenities. It will target professional groups — such as lobbyists and legislators during the General Assembly — as well as tourists and locals.

“Despite the Annabel Lee pulling out, it’s always been a popular attraction,” Woodward says. “People keep telling us there’s not enough access to the river. This is a way we can put them on it.” — Brandon Walters