City Schools Would Be Fixed, Then Torn Down 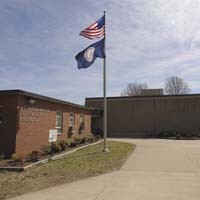 Some Richmond Public Schools on a list of shovel-ready construction projects eligible for possible federal stimulus money may also be bulldozer-ready, according to the school system's master plan.

But among those schools slated for demolition and replacement in the master plan are nine buildings also included on the school system's more recent list — prepared in anticipation of federal stimulus money — of facilities planned for upgrades and repairs.

The master plan calling for their demolition was adopted by the previous School Board and has not been revised by the current board. At a recent meeting, administrators told members that there was no need to revisit the 2007 plan, School Board Vice Chairwoman Kimberly Gray says.

Gray suggests that schools administration moving forward with a project list that contradicts the master plan could be a waste of money.

Schools spokesman Alfonzo Mathis says all of those shovel-ready projects are necessary, because the soonest any of the schools on the master plan list might be replaced is 2015.

“Most of these are projects that … you can't just let deteriorate until 2015,” Mathis says.

At least one building on the list, Southampton Elementary, is slated to close because of declining enrollment. According to the project list, Southampton would seek $135,000 for bathroom renovations, as well as a portion of $580,000 sought to replace roofs at four schools. That school isn't scheduled to close, though, until 2017.

In all, $2.6 million are sought for repairs to schools slated to be bulldozed.