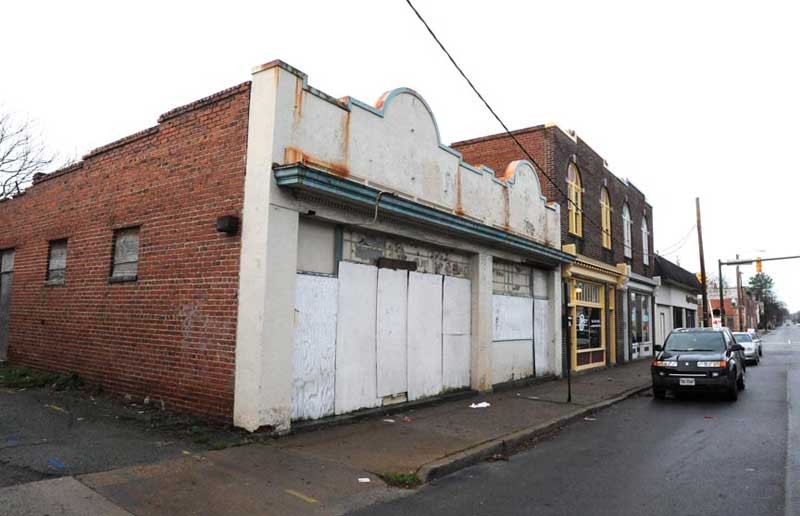 The city’s moving ahead with plans to shine up Brookland Park Boulevard, giving local merchants some hope that the once-thriving commercial district will be restored.

First, the city’s pulling a rotten tooth. It has issued a permit to demolish two vacant storefronts at 209 and 211 W. Brookland Park Blvd. A contractor was waiting for the power to be cut off so it could knock them down.

“Thank God,” says Kelly Jones, operations manager for Da Spot Recording Studio. “It’s been an eyesore since we’ve been here,” he says of the two 91-year-old structures, which are located right in the middle of the commercial strip.

Second, a search is about to begin for a consultant to draw new plans for the street, city spokesman Michael Wallace says. The city’s trying something it has never done before: designating two blocks of the boulevard, from Hanes Avenue to North Avenue, as model commercial blocks.

The idea is to make those two blocks look better with exterior upgrades and financial incentives for building owners, the city told business people in July. Having two strong blocks would encourage redevelopment in the rest of the neighborhood.

In its heyday, Brookland Park Boulevard was the Carytown of the North Side, with a movie theater, restaurants, shops and nightclubs. It still boasts historic architecture and several successful businesses, but crime and hard times have kept the strip in a slump.

The consultant will conduct a market analysis, come up with ways to attract appropriate businesses to the mix and suggest what should be done with the space the two demolished storefronts occupied. To find the consultant, the city plans to issue a request for proposals in January or early February.

“The city seems to love these outside consultants,” observes Willie Hilliard, president of the Brookland Park Area Association. The success of the plan, he says, will depend on how closely the consultants work with existing business owners.

Jones moved his studio from West Broad Street to the boulevard in February because the rent was cheap and he thought the area had potential. It even reminds him a little of New Orleans, he says.

But he’s a little skeptical of the consultant plan. Hiring a consultant and waiting for the report might take years, Jones says. “The city has a history of saying things and not following through.”