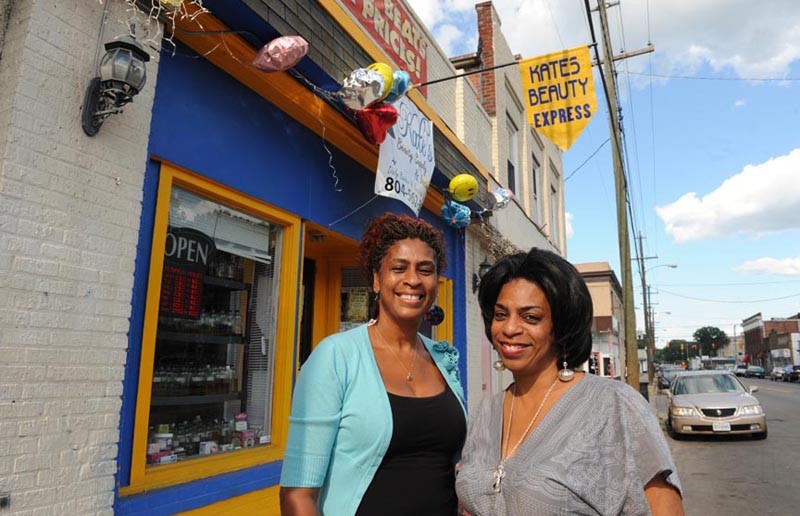 Brookland Park Boulevard very well could become a North Side version of Carytown.

Well, once you get rid of the loiterers, the drug dealers, the strewn trash, the blighted houses and the hookers having sex in back alleys. That was the consensus of a group of residents and business owners who met with Councilman Chris Hilbert, city officials and police July 13 to discuss a new effort to bring the old business district back to life.

The city is proposing “something we’ve never done in Richmond before,” said Denise Lawus, the city’s economic development programs administrator. Namely, two blocks of the boulevard, from Hanes Avenue to North Avenue, would be designated “commercial model blocks.”

Although the city hasn’t set aside money for it yet, Lawus said, plans are in the works to spruce up the blocks with a uniform color palette, exterior upgrades and financial incentives for building owners. City engineers will inspect two buildings scheduled for demolition to see if they can be saved.

Hilbert’s also examining the possibility of making the boulevard an official arts district, like Broad Street. The goal isn’t to turn it into a line of galleries, he clarified, but rather to allow the city to add special tax incentives and zoning to help business owners.

The listeners greeted the city’s proposals with a mixture of hope and skepticism. The city long has promised help, they said, but the only visible evidence has been sidewalk improvements and the removal of trees, which have yet to be replaced.

More than curb appeal, business owners said they’re worried about the persistent urban problems that mar Brookland Park Boulevard: the young men who loiter on corners, the trash, and most importantly, the perception that the area’s unsafe.

On the flip side, the “mentality of apathy” among some business owners has hampered the area’s progress, said Willie Hilliard, president of the Brookland Park Area Association. Hilliard urged them to take ownership of the street and hound city officials until things change. “Light a fire under their ass,” he said.