A new exhibit at the Poe Museum explores French love for the famous writer. 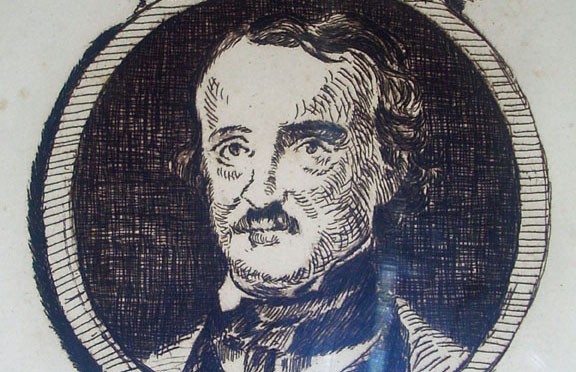 We assume we know Edgar Allan Poe. A lot of us, including Stephen King, vividly remember creepy scenes from macabre Poe stories such as "The Pit and the Pendulum." What's little known is that Richmond's greatest writer was America's first internationally influential author. The "Poe in Paris" exhibit, opening June 22 at the Edgar Allan Poe Museum, drives that point home.

After his early death in 1849 and the dismissal of his work by some American critics, it was Europeans — especially the French — who made the rest of the world aware of Poe's revolutionary contributions to world literature and to the concept of "art for art's sake." In the progressive cultural climate of 19th-century Paris, his name was on the lips of almost every member of the city's avant-garde.

Poe had been exposed to French literature. "He read Voltaire among other French authors in college," museum curator Chris Semtner says. "Our exhibit is arranged around the different Parisian personalities of the era who were inspired by, or who influenced Poe."

The walls at the show's entrance feature reproduced self-portraits of each artist in the exhibit, including Paul Gauguin, Édouard Manet, Odilon Redon and Henri Matisse, some of whose works were Poe-inspired and two of whom — Manet and Gauguin — illustrated his works. Next to the portraits are text panels and framed artwork. Two floor cases and two wall-mounted cases in the exhibition room contain related period works and publications by leading French authors such as Charles Baudelaire and Jules Verne, who discussed and imitated Poe's works. Other French writers — Alexander Dumas and Victor Hugo specifically — had, in turn, inspired Poe.

The Paris setting and inspiration for his 1841 short story, "The Murders in the Rue Morgue" — considered the world's first murder mystery — made Poe a household name in France. A rare 1853 French edition of his works, with a visibly good spine and a pea-yellow cover, is included in the exhibit.

In keeping with the poet's theatricality, the museum has set a theatrical scene for the entrance to "Poe in Paris": subdued lighting, soft music by Poe-inspired Debussy, a red Oriental carpet covering part of the stone floor, and a large panel of the Paris skyline before the 1889 addition of the Eiffel Tower — all arranged as ambiance for late-19th-century Paris.

By the 1860s, Manet had become a big name in the art world. Poet Stephane Mallarme, who had translated Poe's 1845 poem, "The Raven," persuaded the artist to use his bold, spontaneous brush strokes to illustrate the translated poem. The two produced the first illustrated edition of Poe's famous poem in 1874-'75, a major treat for visitors to the exhibit, along with two Manet lithographs of Poe, one framed on a wall and one in a book in a display case. The exhibit's Matisse piece is a simple, streamlined drawing of Poe.

Another rare sight is the 1875 memorial edition of Poe's works, published for the ceremony when Poe's grave at Baltimore's Westminster Hall and Burying Ground was moved from the back of the churchyard to the front. The list of engaging exhibits also includes an 1882 bizarre etching of Poe by Redon — an anti-realist, symbolist painter who foreshadowed the surrealists and dadaists, which illustrates how Poe helped stimulate the symbolist movement and usher in the age of modernism. The etching includes a balloon floating in an empty sky, its sphere a giant eyeball.

The exhibition's color print of Gauguin's "Nevermore," a sensuous portrait of a native Pacific island woman, reveals — in the placement of a raven at the windowsill in the painting — Poe's influence on Gauguin, who left Paris in June 1895 for Tahiti. The French continued to memorialize Poe well into the 20th century as a 1934 invitation that poet Paul Valery sent out to honor Poe's birthday demonstrates. S