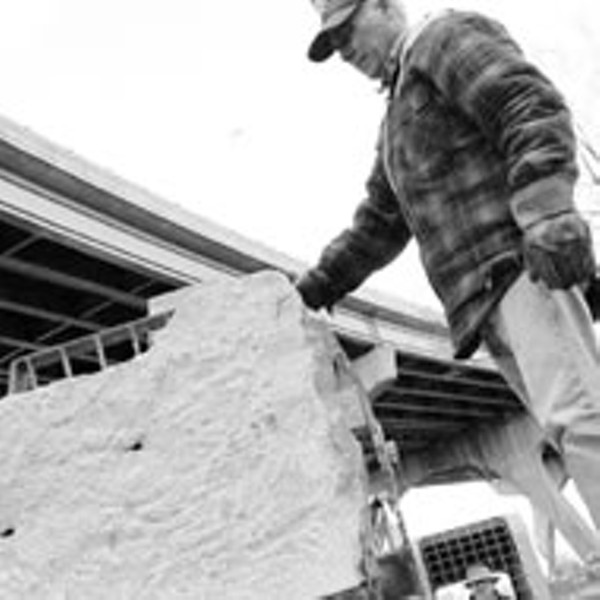 The statue is being donated to the National Park Service by the United States Historical Society.

The city is donating the rock, but retains the right to take it back should it not be used for the statue project, says a spokesperson with the city's Department of Public Works.

According to Harnsberger, the stone for the backdrop has a history that predates Lincoln. The rock is granite left over from the original construction of the canal's Turning Basin, a project that included the consulting work of the nation's first president, George Washington.

The hand-carved surplus rock has been resting along the James River at the south end of the Manchester Bridge for years. Last week, it took workers two days to haul each of the 500- to 5,000-pound 4-foot-long boulders onto tractor-trailer trucks that will transport it to a mason in Georgia. There, the individual pieces of rock will be "cut to form an ellipse," Harnsberger says.

The rock will return to Richmond by the first of March, giving Harnsberger and his crew just over a month to fabricate the setting before the statue is unveiled April 5.

Harnsberger says he's elated the city made this particular rock available. He points out that, because it is historic rock from the original canal project, it will create with the statue a "visual connection." — Brandon Walters