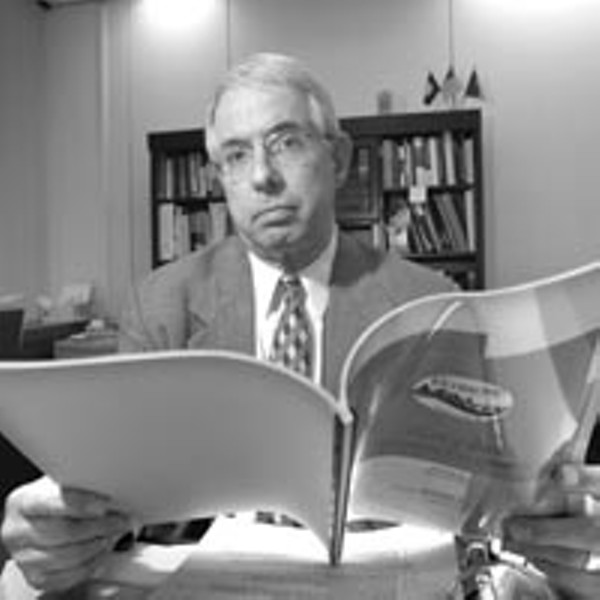 Some are seemingly minor. Audit Report No. 02-01, "Social Security Nos. and Birth Date Test," found that Federal I-9 Forms, which must be completed to confirm the identities of new hires, hadn't been completed for some employees. Apparently the city doesn't require the forms for constitutional employees, seasonal or special-event workers or minors. It's been open for two years.

Many of the problems may seem petty to free-spending private companies. But buried behind the numbers is the potential for civil discord.

Take, for example, Audit Report No. 99-05, which found that there was no real system for tracking automobile decals. A City Hall teller records the decal number into the cash register when it's purchased. Problem is, the "Cash Register System," according to the report, doesn't interface with the "Decal Inventory System."

It's an open invitation for decal scam artists. "Someone could steal decals and sell them on the side and they wouldn't know that they were missing," Kronzer says.

That report, like many, is the responsibility of the finance department. Director of Finance Andrew Rountree didn't respond to a request for an interview by press time, deferring calls to the city's public relations department. (Two PR professionals with the city did inquire about Style's request for a comment, however, but failed to set up an interview by press time.)

The finance department is in the process of upgrading its computer system, which eventually will fix some of the problems, Kronzer says. For example, new software would allow the department to withhold payments to vendors who do business with the city but owe back taxes. There is no such system for cross-referencing delinquents.

Many of the open reports deal with tracking financials, such as the towing vendor: Report No. 00-05 found that no city department was responsible "for receiving and reviewing reports and proceeds related to towed vehicles that are auctioned."

According to the city's contract with Seibert's Towing, if the owner doesn't show up, eventually the vehicle is sold at public auction. Part of the auction money is used to pay Seibert's towing fees — the rest goes to the city.

"We know what was sold and how much the cars are [worth]," says Kronzer, "but we don't know how much they collected. There is no process in place to ensure that the city is getting the money that they are supposed to." — Scott Bass