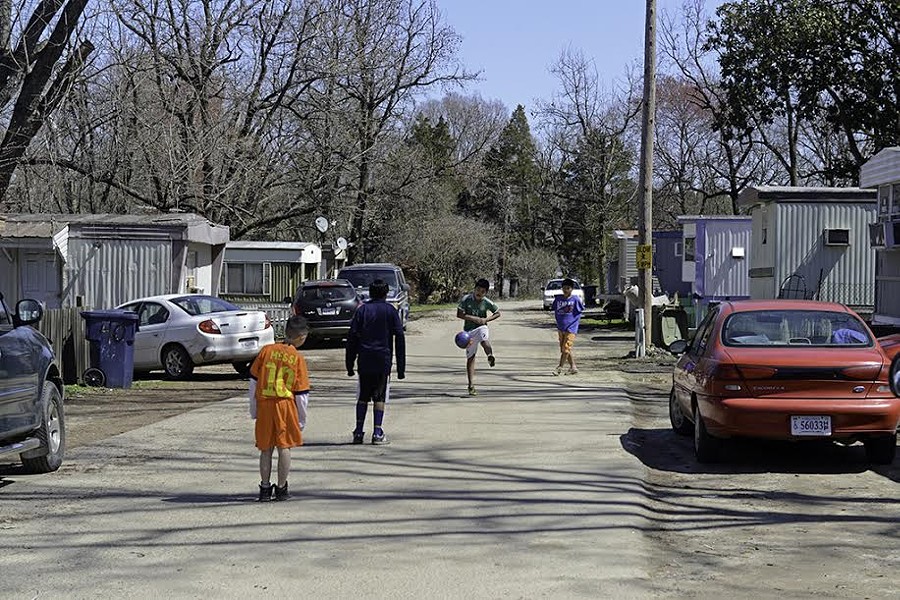 A group of about 40 Latino residents is accusing the city of deliberately denying them fair access to housing by targeting the mobile home parks where they live with a code-enforcement crackdown.

The Legal Aid Justice Center and Washington-based lawyer Clifford J. Zatz filed a complaint Friday on behalf of the residents with the federal Department of Housing and Urban Development. The complaint says the city’s targeted enforcement at mobile home parks discriminates against residents, most of them Spanish-speaking immigrants, on the basis of “race, color or national origin.”

Such discrimination would constitute a violation of the Fair Housing Act and the federal Civil Rights Act. The complaint says the city’s comprehensive code-enforcement campaign, which began in early 2014, has left hundreds of the area’s “most vulnerable Hispanic/Latino immigrant families facing the loss of the only housing option they can afford.”

Legal Aid Justice Center lawyer Phil Storey sent a letter to the city April 17 asking for the halt of all code enforcement targeting mobile homes and the commencement of a community-led plan to address the issues. The legal aid center also asked for funding to help residents, among the poorest in the city, make needed repairs. The letter warned that the federal complaint would be filed if the city failed to respond within a week. Storey says the city didn’t respond.

City officials could not be reached for immediate reaction, but in a March 27 interview with Style, Richmond’s code enforcement operations manager, John Walsh, said a series of fires in some mobile homes prompted a long overdue “comprehensive inspection.” The city hadn’t sought to force anyone out of his or her home, he said.

“We said, ‘Hey, you have conditions here that are very difficult, that are unsafe and we need to make certain repairs,’” Walsh said. Most of those repairs had to do with lack of heating and additions to homes that threatened the aged trailers’ structural integrity. A handful of Rudd’s residents said they wouldn’t comply, Walsh said, so the city had to condemn their properties out of health and safety concerns. Others chose to leave, perhaps not having money for repairs, he said, and the city condemned their properties after they left.

While about 6 percent of Richmond residents are Latino, according to census data, Latinos make up about 70 percent of residents in the city’s nine mobile home parks. Most are from Mexico and Central America. Spanish is the dominant language among residents. Some are here legally. Some are not. Civil rights laws protect all, no matter what their status.

The complaint alleges that the city:

“The city’s actions suggest an intention to eliminate (largely Hispanic/Latino) mobile home parks entirely as a housing option in Richmond,” the complaint says.

Residents are asking the department of Housing and Urban Development to issue an injunction against the city to stop its comprehensive inspections at mobile home parks until the department has concluded an investigation of the complaint. Residents also seek a declaration that the city has violated their civil rights, and seek monetary damages that might be available under the Fair Housing Act.