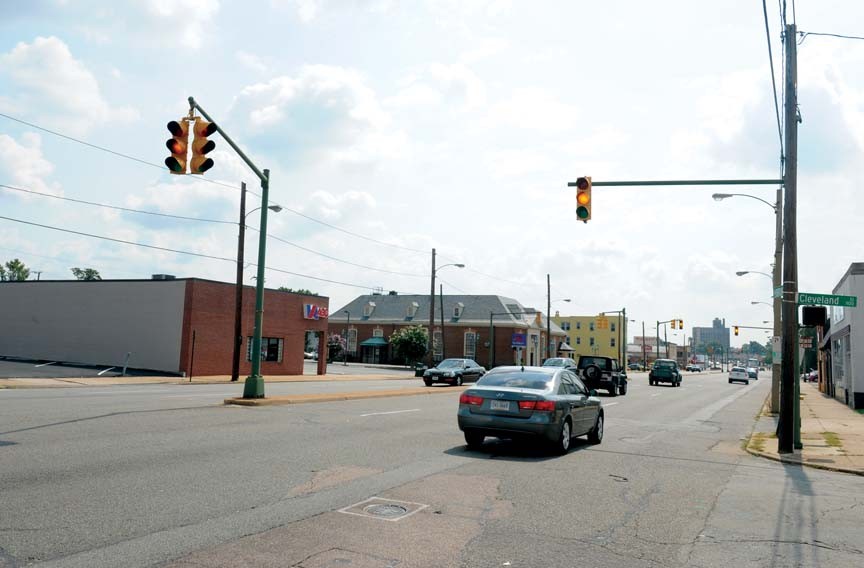 City engineers are considering the removal of two Broad Street stoplights just west of the Boulevard, which one restaurant owner worries will hurt his business.

The signals at Cleveland Street and Summit Avenue have been programmed to blink for four weeks while the Department of Public Works assesses whether the lights are necessary. The lights blink yellow for caution on Broad and red for stop on the cross streets.

Thomas Flynn, a transportation engineer for the city, says traffic volume on Summit and Cleveland is substantially less than the federal and state guidelines for traffic signals. In addition to speeding up the commute on West Broad, removing the lights could lead to fewer accidents and reduce pollution from idling cars.

But Rick Lyons, owner of the Scott's Addition restaurant Lunch, worries that the change could hurt foot traffic. He feeds customers from the Fan and Museum districts, and he worries pedestrians will find crossing six lanes of unbroken traffic a turnoff.

To cross at an intersection with a stoplight, pedestrians must walk an extra block or two in either direction. While there aren't stoplight criteria solely for pedestrians, Flynn says it's a factor the city is considering in its study.

Other area businesses don't see a problem, and some even welcome the change.

"It helps, if anything," says Bryan Condra, general manager of Velocity Motorcycles around the corner on West Marshall Street. Condra doesn't think the change will affect pedestrian traffic.

Flynn says the change has drawn a few complaints. Once the study has concluded, the lights will either be removed or return to normal. A decision is likely by the end of the month.