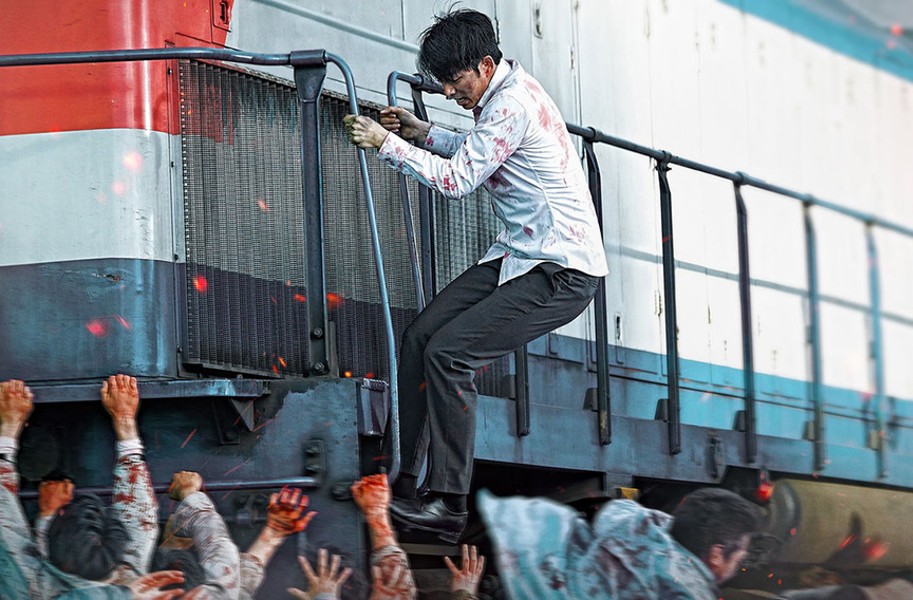 Halloween lasts about a month in Richmond, with an avalanche of bar crawls, parties, plays, ghost tours, and haunted fields, cemeteries and happy hours. And of course there’s also the annual Carytown zombie walk, as well as flyers posted in antique stores and costume outlets for quasi-secret events that usually blend partying with cult theatricality. With this magnitude of options comes pressure, yet there’s also a simpler pleasure of Halloween: the practice of gorging on horror movies.

Like every holiday, Halloween has its standards in the cinema pantheon. Above all, there’s obviously John Carpenter’s “Halloween,” the most definitive holiday movie ever made. There’s also a variety of Stephen King adaptations, slasher movies and the occasional ironic horror comedy. To complement the efforts of the Byrd, which is doing a heroic job programming a variety of genre essentials this month, I’ve attempted to help you mix things up for your horror-movie get-togethers, with alternatives to the greatest hits.

If you like “28 Days Later,” watch “Train to Busan.” I have a rule about the distinction between fast and slow zombies: if your zombies are slow, you have a horror movie, if they’re fast, you’ve probably got yourself an action picture. Danny Boyle’s “28 Days Later” is, for many, the definitive fast-zombie production, though “Train to Busan” is a surprisingly moving coming-of-age adventure, in which lemminglike undead invade the titular train. Director Yeon Sang-ho milks his high-concept premise for all it’s worth, with inventive set pieces, memorable characters and a distinctively South Korean twist on the genre’s propensity for class commentary.

If you like “The Wicker Man,” watch “The Blood on Satan’s Claw.” No one makes occult films like various British directors of the 1970s did, and 1971’s “The Blood on Satan’s Claw” is creepy in a similar manner as the more famous “Wicker Man.” Director Piers Haggard lingers on country landscapes, contrasting their tranquility with increasingly prominent devil-worship iconography. The film’s slow build is unnerving, and Marc Wilkinson’s eerily airy score deserves to be a classic of the genre. There’s also a troubling subtext that’s common of witch-hunter narratives, as “The Blood on Satan’s Claw” follows a great white puritan who implicitly puts sex-loving hippies in their place. This symbolism, coming not long after the Manson murders, only intensifies the film’s spell. Admittedly, this is a deep cut that’s hard to find. (Hint: It’s on YouTube for free.)

If you like any version of “Frankenstein,” try “Depraved.” Cult-horror movie hero Larry Fessenden made a comeback this year with “Depraved,” in which contemporary New York scientists play God in a manner resembling their canonical forefathers. Fessenden connects the Frankenstein myth to modern issues, particularly our endless wars and debates of class privilege, while fashioning images of startling lo-fi originality, capturing the sensorial qualities of a monster’s alienation. Fessenden’s sincerity — he’s always been a softy under his punk-rock sheen—gives the film’s inevitable violence a truly tragic snap.

If you like Brian De Palma’s “Carrie,” try, well, “Carrie.” There’s nothing quite like “Carrie,” one of the most moving and beautiful of all horror films. That said, Lucky McKee’s “May” casts a similarly emotionally macabre spell, and Angela Bettis’ heartbreaking performance as May is worthy of comparison to Sissy Spacek’s astonishing Carrie White. Carrie and May are both loners who’re driven to kill after suffering profound rejection, and De Palma and McKee are unusually adept at rendering the need and pathology of female misfits. It’s a shame that McKee and Bettis haven’t been more active since this film’s release in 2002, though McKee’s “The Woman” is a flawed but ambitious thriller that also sports a warped feminist bent.

If you like “Re-Animator,” try “Dagon.” Stuart Gordon’s “Re-Animator” is justifiably heralded as a classic — it’s a far more accomplished splatter-horror comedy than Sam Raimi’s overpraised “Evil Dead 2.” But another of Gordon’s many H.P. Lovecraft riffs, 2001’s “Dagon,” has been woefully underpraised. Gordon conjures an unforgettably wet and slimy seaside village with a horrendous secret, which is eventually revealed in a nightmarish image of futility and violation: A giant sea monster drags a woman down into the watery depths for its pleasure. Gordon takes Lovecraft’s terrifying, metaphorically racist prose (at its roots, this is another story of the supposed perils of miscegenation), and fashions images worthy of the author’s innate grasp of the uncanny.

If you like “Halloween,” try 1980’s “The Fog.” John Carpenter followed his massively successful slasher film with a more poetic tale of terror. Halloween, the movie and the holiday, are ultimately about atmosphere, and “The Fog” is an old-fashioned seaside ghost story, which Carpenter invested with a wandering elegance that’s worthy of Val Lewton and the classic monster movies of Universal Studios. “The Fog” may not be set on Halloween, but its campfire stories and lonely, small-town nighttime vistas are about as Halloween-y as it gets.