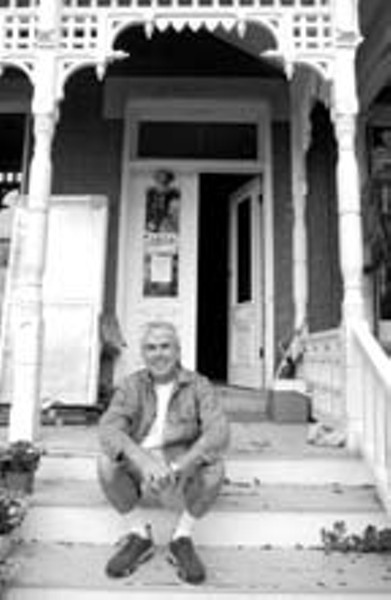 "It was an amicable decision," Wrenn says of Britt's plans to focus on Poe's as a restaurant. Wrenn will phase himself out of the music side of the business during the next couple of months while Britt takes over booking bands for the club.

In his time at Poe's, Wrenn says he was everything from bartender to band booker — "and dishwasher if that guy didn't show up." He also herded in a mess of roots music, rock and the occasional punk outfit.

Wrenn has booked venues all over Richmond, including Gatsby's 1302, J.W. Rayle, the Stonewall Cafe and Going Bananas. He figures he's booked thousands of bands, including some of his favorites — the Memphis Rockabilly Band, Billy Price and the Keystone Rhythm Band, and Richmond's own Good Humor Band.

He hit his stride when he opened the Moondance Cafe in the early '90s, running live music seven nights a week. When Moondance closed in 1999, Wrenn came to Poe's. A steady stream of music has flowed from that end of Main Street ever since.

Amid the noise of workers putting up drywall in his house, Wrenn says he's planning to spend more time with his wife, Hollie, their 2 1/2-year-old daughter, Eliza, and their baby due in June. And he'll still have a hand in High on the Hog, the Church Hill barbecue party that he co-founded 28 years ago.

Other than that, he says, there are no definite plans. But whatever it is that he ends up doing, he says, "I'd like for it to involve live entertainment." He's seen the surges of popularity enjoyed by various styles, like bluegrass, rockabilly, punk and new wave. "But it all blends together," he says, "to be a great music scene." And somehow, Wrenn will be stirring the pot. — Brandon Reynolds