The Montreal-based funksters are keeping the '80s alive. 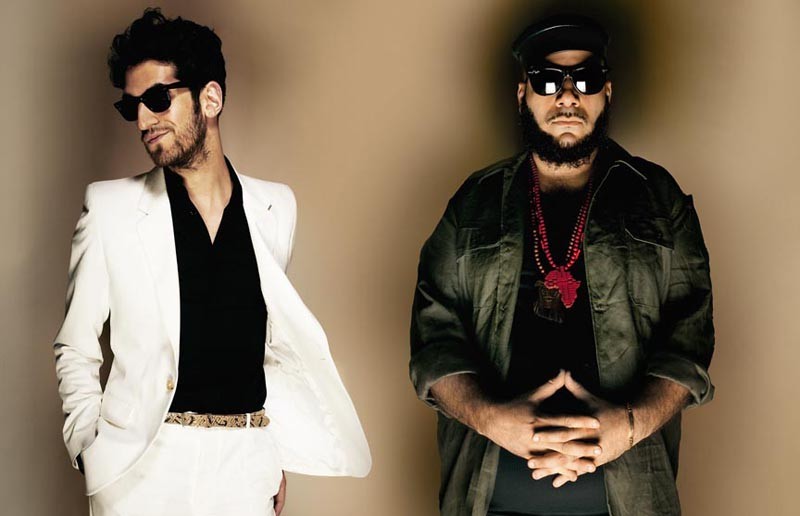 The '80s didn't end, they just moved to Canada. That might be the presumption after hearing the Montreal-based Judeo-Arab duo, Chromeo. Like the popular VH-1 special, P-Thugg (Patrick Gemayel) and Dave 1 (David Macklovitch) love the '80s and they're not ashamed.

Their music is made with vintage synth-and-drum sounds that you haven't heard since that Commodore 64 dominated your desktop. While it might be easy to confuse one of their videos with the "Dick in a Box" routine from "Saturday Night Live," Chromeo says it takes this stuff seriously. And with rapper du jour Drake and pop-soul legend Daryl Hall among their co-signers, they must be doing something right. Chromeo appear at the National this week with Meyer Hawthorne.

Style: Do you consider what you do homage or parody or a little bit of both?

P-Thugg: It's not a parody at all. It is mostly, you know, paying homage to the music that we like ... and what we listen to. Some people look down on '80s funk, just because it's a period where they were experimenting with drum machines and synthesizers. ... They kind of don't look at it as high-brow music. But to me Rick James is just as much of a genius as Queen and Led Zeppelin — to me that's the same kind of genius, but people feel like they have to shit on Rick James. But you know, you listen to a Rick James song, there's crazy string arrangements, vocal arrangements, it is music like everything else.

Looking at your videos and listening to your music, there's definitely a sense of humor involved in what you do. Do you have any desire to do a serious record, or make a statement?

Our statement is, like, bring back cool artwork, videos that match your artwork. Bring back consistency in music. People don't care about an album as a body of work anymore, they just put songs together, and whatever works for artwork. People forgot how to create a whole world around a band and have an image, strong visuals. Whether it's videos, artwork, photo shoots, we take good care of making sure the artwork is on point, you know — everything looks nice, makes sense with the music, and it fits in our world. We're really in it for the art, so [we] got to make sure everything is on point.

Tell me how you go about making your music. Do you employ the same techniques used back in the day?

The recording techniques probably [are] the big difference, we use all the same instruments, vintage synthesizers, drum machines. Everything is analog, except the recording process, where we actually record on ProTools, which is digital, of course.

Where do you find old synthesizers and drum machines?

You use a talk box for voice effects. Have you had any problems with your mouth, teeth or tongue from using that thing?

Well, first of all you can get electrocuted pretty fast. You kind of become part of the signal chain ... when your mouth is attached to the tube, your saliva goes everywhere, it goes into the machine and you become part of the signal chain. So, you can get electrocuted. The vibration in your mouth, they haven't studied it really well yet, because it's not that old of an instrument, but the vibrations can pop your fillings out. So I can only imagine what it does to your brain, or something else. It can't be good, but it's so fun to play. S

Chromeo will perform Oct. 27 at the National with opening act Meyer Hawthorne. Tickets are $23-$31.75. For information visit thenationalva.com or call 612-1900.