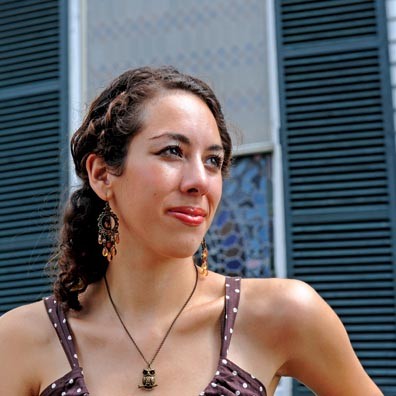 How many Christine Stoddards are there?

There’s the full-time student at Virginia Commonwealth University, double majoring in cinema studies and English. There’s the spark plug who’s founded arts exhibitions, magazines, movies and film festivals. There’s the businesswoman who started a printing press and literary website (both called Quail Bell). There’s the author, scheduled to have her first short-story collection (“Once upon a Body”) published next year. And don’t forget about the community volunteer who’s helped area youngsters get in touch with their creativity.

Still, there is only one Christine Stoddard, a 22-year-old Arlington native, who holds all of these people. “I know it sounds crazy,” she says, “but art is my life.”

Barely out of high school, Stoddard initiated the still-active Greater Washington Independent Arts Festival, which showcases regional artists. After arriving at VCU, she won grants to start the Reel Dame Film Festival, which celebrates female filmmakers, and Comicality, a comics magazine. The latter included a debut issue with contributions from underprivileged children at Richmond’s Anna Julia Cooper School. “These were kids who didn’t grow up with newspapers like I did, didn’t have parents who took them to the library. They didn’t know comics. … I thought every child read comics.” Tutored by Stoddard, the pupils learned and mastered the cartooning art and 3,000 copies of their work were published.

Wearing many hats — she somehow finds time to act with Mystery Dinner Playhouse — Stoddard doesn’t think of herself as prolific, but fortunate. “I’ve always had a strong network of family and friends to help me.” She counts her boyfriend, David Fuchs, and sisters Nina and Helen, also VCU students, as active collaborators in her many endeavors. “I would describe myself as visionary,” she says. “I’m capable of having the big idea, and I can lead people.”