Chris Rock at the Landmark Theater 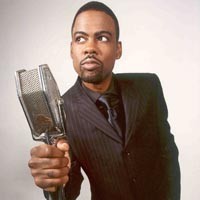 Chris Rock has been funny since he tried to buy a handful of soda in the 1988 comedy "I'm Gonna Git You Sucka." He's also made much more lucrative deals for himself, including a series of HBO specials, a talk show and a sitcom on the CW called "Everybody Hates Chris." While comedians Chris Tucker and Dave Chappelle have enjoyed their moments in the sun, Rock's star continues to sparkle without burning out. The comedian performs at the Landmark Theater July 11 at 7 p.m. $45.50-$75.50. 646-4213 or www.ticketmaster.com.