Chris Ray, 33 and Phil Ray, 37: Co-Founders of Center of the Universe Brewing Co. 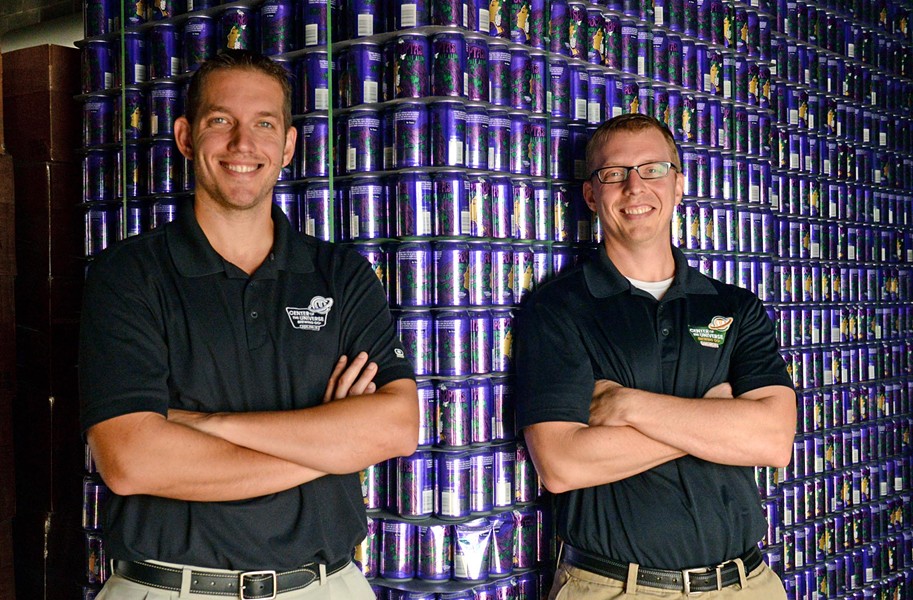 Brothers Chris and Phil Ray had a joint passion for beer. They also had another thing in common: They wanted to control their destiny.

A former Major League Baseball player, Chris suited up for the Baltimore Orioles, the Texas Rangers and the San Francisco Giants — which sent him to the World Series with a winning team. But it all ended at the Seattle Mariners because of an elbow injury.

Seattle wasn’t such a bad place to land, though. It had a thriving craft beer scene and Chris, an avid home brewer, began to think about an idea for a brewery, something he and his brother had been batting around for a while.

“The future came sooner than I think either one of us thought it would,” says Phil, who describes himself as miserable in his previous work. “We sat our families down and told them we were quitting our jobs to open a brewery — in a recession.”

While working on their business plan for Center of the Universe Brewing Co., they teamed with Seattle’s Fremont Brewing to create a program to benefit the military called Hops for Heroes. Together, they brewed Homefront IPA — a beer that both breweries still produce — with all proceeds going to military families. Homefront IPA debuted at Safeco Field, and that same day Chris pitched for the Seattle Mariners in what would be his last game in the majors.

Center of the Universe Brewing Co. in Ashland started in 2012, and the brewery already has expanded. The company started canning beer in 2013 and now carries five year-round brands, including Chin Music, a collaboration with the Richmond Flying Squirrels, and an equal number of special releases and seasonal beers.

One special release, the El Duderino White Russian Milk Stout, was made to raise funds for the Byrd Theatre. Earlier this year, the brewery and the theater presented a series of midnight movie showings, with the proceeds going to the Byrd Theatre Foundation’s Journey to the Seats campaign.

The Rays then took the idea a step further and created El Duderino to be released in conjunction with a showing of “The Big Lebowksi.” Dubbed the Big Lebyrdski, the event will be back on Nov. 6 and will include a bathrobe pub crawl this time around.

The brewery also has become a welcome and significant part of the Ashland community, and sponsors many charitable events throughout the year — the Summer Moon Day Festival, the Das Bier Run and the second annual Oktoberfest at Lewis Ginter Botanical Garden, to name a few.

“We don’t do a portion of the proceeds,” Phil says. “If we’re involved in it, all the money goes to them.”

“When we do an event,” Chris adds, “we do it because we believe in it.”