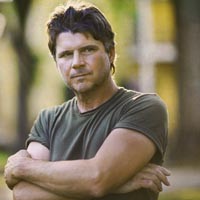 Listening to Chris Knight, you'd think the guy was somehow chiseled right out of the rock that's so regularly mined in his hometown of Slaughters, Ky. Learning guitar by playing along to John Prine records, this country singer and songwriter has spent more than a decade reflecting on the life and trials of the Everyman found in rural America. With the kind of blue-jeaned grit and knack for honest narratives that set him in the same dust as Steve Earle or John Mellencamp, Knight gives something back to the working stiffs, their cars, their bars and their heartache loves. On the road supporting his latest album, “Heart of Stone,” Knight performs at Ashland Coffee and Tea on Saturday, July 18, at 8 p.m. $15. 798-1702. — Mike Hilleary