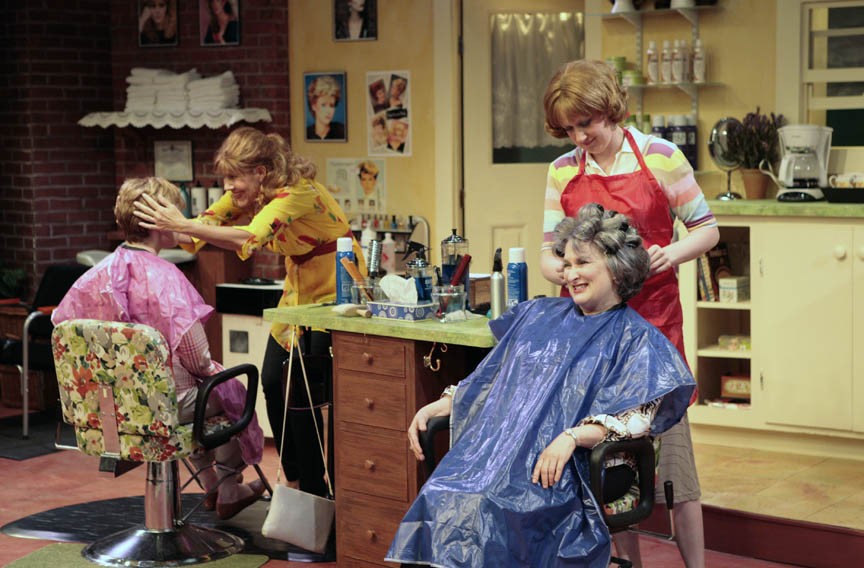 In her comic strip "Dykes to Watch Out For," cartoonist Alison Bechdel introduced a concept to quickly size up gender bias in works of fiction. The concept is now known as the Bechdel test. To pass it, a work of fiction must have at least two women in it and have them talk to each other about something besides a man. Characters aren't barred from talking about men with this test; they just have to discuss another topic as well.

As simple as this experiment might sound, a staggering percentage of movies, television shows, books and plays fail to pass the test. Many of those that do are because the women discuss marriage and babies.

That's part of why I've always enjoyed Robert Harling's "Steel Magnolias." While the all-female cast says plenty about men — and is quite funny while doing so — it demonstrates that audiences will be just as entertained watching women discuss other topics.

"Steel Magnolias" follows a group of women as they deal with life's ups and downs in 1980s Louisiana. There are a number of plotlines, but the central narrative concerns Shelby (Aly Wepplo) and her decision to have a baby in spite of her type-one diabetes.

Along for the ride are Shelby's mother M'Lynn (Kelly Kennedy), the widow of the town's former mayor, Clairee (Jacqueline Jones), the spirited beauty shop owner with a big heart, Truvy (Joy Williams), the recent transplant with a shaky past, Annelle (Maggie Roop), and the curmudgeon at war with Shelby's father, Ouiser (Catherine Shaffner).

Fresh from Richmond Shakespeare's "Comedy of Errors," director Steve Perigard works with his actors to pull off another success. Wepplo is all pink and lively, full of courage but perhaps not the best judgment in her role as Shelby. Jones makes the most of some of the best one-liners in the show as Clairee. Williams seems a natural fit for the spunky Truvy, and Roop is excellent as the shy Annelle, gradually coming out of her shell. Kennedy gives a great portrayal as M'Lynn, quietly taking everything in until she explodes in the show's final emotional scene.

But the highlight of the evening is Shaffner as Ouiser. She's a veritable force of nature as the woman with a surprise second chance at love. Shaffner gets a laugh with every other phrase and gesture, and brings no small amount of charisma to the stage.

Perigard's direction hits a nice balance of seriousness and comedy in this play, and Harling's script has it's machinations unfold naturally. Terrie Powers' set looks the part of a 1980s hair salon in someone's house, and the costume design by Sue Griffin and Marcia Miller-Hailey fit each character well.