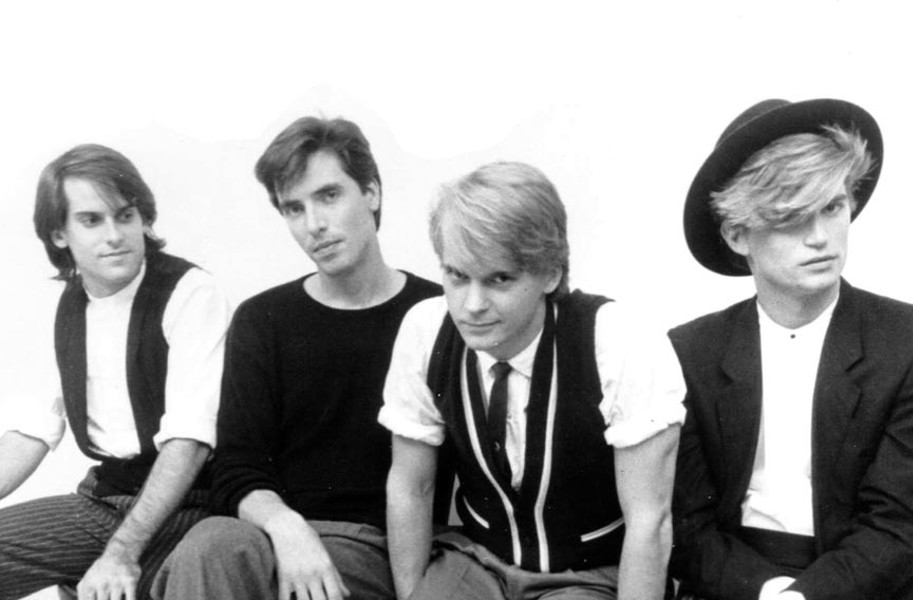 Enthusiasm filled the room when local rockers the Dads were performing. It exploded from the speakers. Steamlike, it rose from the crowd. Between 1980 and 1985, onstage in a saloon, the Dads delivered like few others.

Richmond was an accommodating home to some noteworthy black leather-clad punk bands during this period. There was an art-rock scene as well. In live-music venues you could hear reggae and hybrid sounds that fused Caribbean tempos with pop. Other rock ’n’ roll subsets were represented. Among them was a crossover scene that mashed up ’60s British rock with ’50s Memphis rockabilly. With two guitarists, a bassist and a drummer, the Dads operated somewhere in that groove.

The Dads’ sound wasn’t warmed over from the social causes and political crusades of the ’70s. They weren’t hurling nihilist anger at the establishment. Instead, they filled the air with harmonies and a beat that provoked young bodies to move. Theirs was a catchy sound easy to like, and as it turned out — difficult to forget.

But capturing their act and making it into a consumer product wasn’t so easy. The Dads’ one album, produced during their time as a touring band, was released by CBS/Estate Records in 1984. It was decidedly less than satisfying.

“Very unhappy” is how lead guitarist David Ayers characterizes how the band felt about the album. “It was so light and tame-sounding compared to what we were doing live,” he says.

Having met in 1980 as members of Virginia Commonwealth University’s orchestra, Ayers and drummer Mike Tubb were the two original members featured in every iteration of the band. With other pals along for the ride, the group started busking. Eventually, after some personnel shifts, what became the 1981 touring lineup stabilized: the late Bryan Harvey (vocals and bass); Mark Lewis (vocals and guitar); David Ayers (guitar); Mike Tubb (drums). In 1983, Lewis was replaced by Kevin Pittman on vocals and guitar.

“We were very tight musically and as friends, so our breakup had nothing to do with us not getting along or anything like that,” Ayers says of the band’s 1985 parting. “It was more the feeling that the Dads had come to the end of our road.”

Before the band dissolved there was a second album in the works. Accordingly, 30 years later the chance for another ride down that road has arrived.

Recorded by Sal DiTroia, who played guitar on the Monkees’ “I’m a Believer,” the tracks were laid down in 1985 at Live Oak Studios in Chesapeake. Recently Tubb and Victor Benshoff, the Dads’ sound man and road manager, dusted off 11 of those tapes. After some tweaking they were made into the centerpiece of a new album. Four songs recorded in 1982 and engineered by Bruce Olsen also are included.

About to be released by Planetary Records, the new album is titled “Redemption.” Isn’t all that good news worth celebrating?

News of this special event was first posted on Facebook by Mike Tubb. Brooke Saunders soon joined to promote it. As the word spread others came forward to volunteer to help perform 30-some numbers from the Dads’ songbook.

“Redemption” CDs will be available at the event and then go on sale at Plan 9 Music. Remembering the death of Harvey and his wife and two daughters in 2006, and the death of Victor Benshoff earlier this year, proceeds from the show and CD sales will go to charities selected by the Harvey family and the Benshoff family.

Now fans of the Dads, both old and new, will be able to travel the down the aforementioned road. The show amounts to a local reunion and is expected to be packed. The souvenir album should better replicate the soundtrack to many a good time back in the day. What’s not to like about that? S